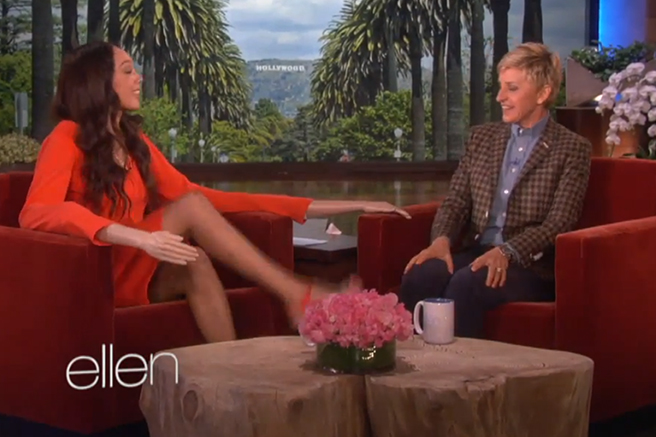 After facing a photoshopping scandal, Ellen invited this young model to discuss the controversy. The results may surprise you.

Photo-shopping models is becoming a massive taboo, with many calling for its ban (with some success), but retailers are still using unrealistic photos of women to distortion the reality of beauty.

Last month a Target swimsuit ad proved to be target for its ridiculous photoshop fails – you know, the one with the crotch cut out and arms reaching past the model’s knees.

On her show, Ellen DeGeneres decided to give the model a chance to explain just how much the photo was actually retouched…

Target has issued a response to the backlash and criticism it received when they published photos to their website. The statement reads: “In response to your query about the swimsuit image on Target.com, this was an unfortunate error on our part and we apologise. We have removed the image from our Web site,” a company spokesman said. Asked how the mistake occurred, “It was the result of a photo editing error on our part.”