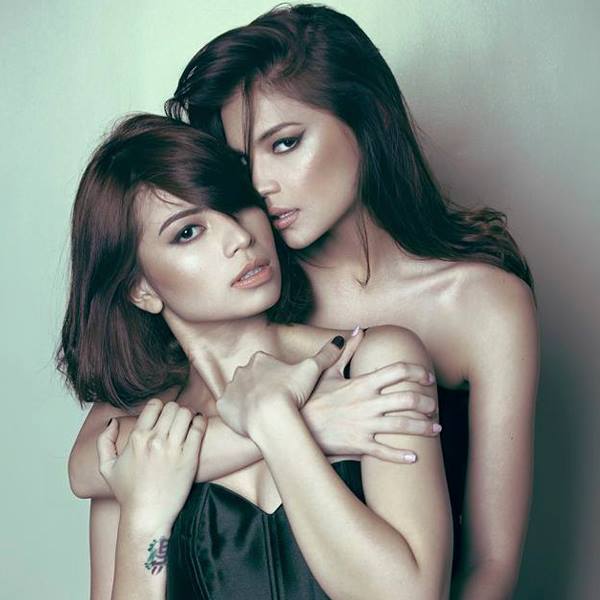 We very rarely get to see  in the lead role of television shows. There are a handful of examples (e.g The Fosters and Pretty Little Liars) but most of the time, queer female characters are sidelined, killed off or only wheeled out when the plot was looking a little barebones that week – or worse, when it’s sweeps week and the producers need to up the ratings. Rarer still is this in Asia, where attitudes towards LGBT people are improving but are still not at an acceptable level.

That’s why it was such a big surprise this week when a new show from Philippines called ‘The Rich Man’s Daughter’ popped up on our radar. This is the country’s first ever lesbian-themed show and it’s being brought to the Philippines channel GMA Pinoy TV by head writer Suzette Severo Doctolero, who also worked on the country’s first gay-themed show, My Husband’s Lover.

According to some overly dramatic promos for the show, The Rich Man’s Daughter stars Rhian Ramos as Jade Tanchingco who is an incredibly wealthy Filipino-Chinese heiress. As an attractive woman of ‘marrying age’, Jade is expecting to find a male suitor to marry and settle down with and, being an only child, her father only wants the best for her which is why he offers millions to the man who can win Jade’s affections.

The gay panic and the drama sets in as although male love interest David Limjoco (played by Luis Alandy) is around, looking to become Jade’s husband, Jade soon falls for a woman named Althea Guevarra (played by Glaiza de Castro), which complicates things to say the least. Unfortunately The Rich Man’s Daughter has only just started airing so we don’t yet know if it’ll turn out happily like Imagine Me & You or if it will end up in a total, identity shunning disaster. However, it could be one to watch if you’re into soaps.

The Rich Man’s Daughter airs every Monday and Tuesday on GMA Pinoy TV in the Philippines.