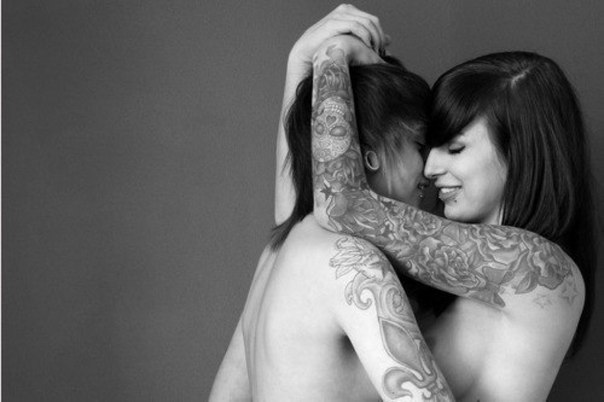 New York Magazine recently reported that Americans are now more OK with casual sex than they were in the 90s.

According to the data from the nationally representative General Social Survey of 33,380 Americans over 18, 37% have had casual sex in the past year, compared to 32% in the 90s.

In addition, Americans have had more sexual partners over the course of their adult lifetime now than they did in the 90s.

There are a lot of reasons these more relaxed attitudes exist.

The media are more open about same-sex relationships.

There has never been more sex in mass media than there is now — and that’s a good thing because we are no longer viewing sex as a something shameful, secretive or taboo.

Sex has always been a normal part of everyday life, but now that normality is reflected in the media, too.

Even more so, being confronted with these images of sex and sexuality in the media forces us to have conversations about them.

Also read: The 10 Best Things About Being a Lesbian That No One Tells You

For women, the most important component about modern-day feminism is choice.

Thanks to feminism, we can choose our careers, our motherhood status and our skirt length. Most importantly, we can choose how much sex we want to (or don’t want to) have.

No longer are women expected to remain virgins until marriage. No longer does the number of people they’ve slept with define them.

The Madonna-whore complex has been rendered bullsh*t, and the reclaiming of the words “slut” and “whore” has given women freedoms they’d never before experienced.

Today, when it comes to sex, anything goes.

The Western World is less religious.

Religion might be great for a lot of things, but sex-positivity is not one of them.

According to data from the Pew Research Center, 20% of Americans are not religious.

With religion comes a perspective on sex that’s generally of the more conservative variety.

The fact that Americans are less religious means they aren’t adhering to beliefs that cast sexuality in a shameful light.

When you don’t affiliate yourself with a religion, you’re free to make your own decisions about your sex life without any reservations or guilt.

The boom of the Internet makes sex-related information more accessible.

Out of the top one million most popular websites on the Internet, about 4% are sex related.

Information about sex on the Internet may not always be reliable, but this doesn’t stop people from seeking it out anyway.

Tinder, GayDar Girls, Her – if you think of a word and awkwardly tweak the spelling, there’s probably a casual sex app with that name.

Thanks to these dating apps, we now treat sexual prospects like we treat weekly food shop.

Seeking out sex has never been easier or more convenient, which further normalises it.

Instead of the “walk of shame,” it’s called the “stride of pride.”

A one-night stand is officially no longer a “walk of shame.” Now, it’s a “stride of pride,” which gives casual sex a whole new positive meaning.

We no longer live in a world in which you should feel guilty for engaging in sex with another women. You get it. Just let your freak flag fly.