Things An Asexual Ally Should Know 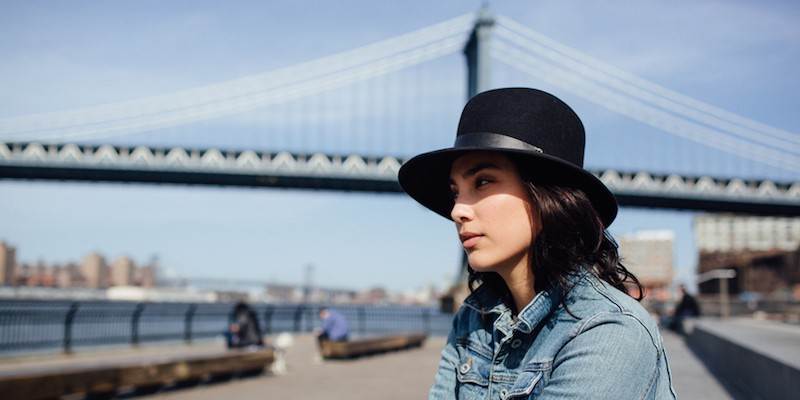 Selena Seraphin, an 18 year old model based in Australia, recently talked about being asexual, a thing she knew even before she learnt the word to describe it in her early adolescence.

Asexual people don’t experience sexual attraction towards other people. Selena Seraphin says that she’s described her identity as ‘simply not having an interest in sex or relationships, or being attracted to neither males nor females’.

However, many asexual people may choose to form romantic relationships, since they may experience romantic, but not sexual attraction towards other people. The young model also notes how uncomfortable it is when people assume she’s just picky and insist on flirting with her.

We live in a highly sexualized society where sex is present almost everywhere, from TV ads, movies and series, to most references in popular culture, and whoever decides not to have it – or to want it – is deemed as deviating from a default. Asexual representation may be horribly inadequate, almost absent from the public dialogue, but that doesn’t mean that asexual people do not exist, or that we should not acknowledge their experiences.

As efforts are constantly being made to raise awareness around LGBTQ+ issues, or at least some of them more than others, for asexual people this is not always the case, even within LGBTQ+ communities, as their identities are rarely understood and the problems they face not deemed important enough.

On the contrary, they might even be pushed into believing that their experiences are not valid, that they’re going through a phase or that they’re simply prudes, wasting their lives away, not having found the right person yet.

So here are some things we should all keep in mind about asexual people:

We often assume that people belong to other people, that our bodies exist for someone to touch them or entitle themselves in any way upon them. I have heard of incidents of queer people asking asexual people whether no one is gonna savor them one day and what a pity that is. This is simply offensive and creepy. It’s the same thing as when people ask a lesbian why she denies herself from the guys’ population. But here is the thing: people are not treats for anyone to earn.

Asexuals are often dismissed as people who simply have not found the right person yet, but the thing is, people who identify as asexual know their needs and limits better than you, and they’re not confused people waiting for you to change them just in the same way a guy thinks he can make a lesbian straight with his magic sexy-time powers.

What’s more, asexuality is not a disease. Loss of sex drive can be caused, or can be a symptom of several health issues, but that’s not what asexuality is. In fact it is an identity, and society should not try to cure the way each person experiences their sexuality when it is different than what is considered to be the norm.

They can have romantic relationships

Although aromantic people exist as well, and their identities and experiences should be recognized, not all asexual people are aromantic. Many asexual people do want, in fact, to form romantic bonds with other people. They may seek for closeness and intimacy, they may want to kiss or cuddle, to marry or have children. Sometimes when you are an asexual person who does experience romantic attraction, it can be even harder and asexual people may be pushed to do things they aren’t comfortable with just to please their partner. They may also feel the pressure to come out and explain their identity very early when they meet someone, because they feel like they owe it to them.

Nobody owes anybody sex, and if someone needs things from a relationship that the other person is not willing to give, then this should be discussed from the beginning. No one should be pressured when entering a relationship, and since people often have different needs and desires, it’s always best to talk these things out, in search for something that may work for everyone.

An asexual person is not obliged to have sex with you just because you’re together. Any person who doesn’t want to have sex, doesn’t have to have sex; period. Same as in point 1, it’s not your challenge to make an asexual person sexual. Keep in mind that corrective rape is a horrible thing that actually happens and is unfortunately quite common for LGBTQ and A people to fall its victims.

Asexuality is a spectrum.

Asexuality is itself a spectrum. A person may not experience sexual attraction at all, or may experience it in several occasions or less than (allo)sexual people. A grey asexual – or grey-sexual – falls somewhere between asexual and sexual people in the spectrum. A demisexual person is someone who experiences sexual attraction only after they have formed a strong emotional bond with another person. Grey asexual and demisexual people are also members of the asexual community.

Asexual people are not celibate due to religious/age reasons or beliefs.

Asexuality is not celibacy. Asexual people don’t say ‘no’ to sex because they’re made to by religious or moral reasons, or because of they’re too old or too young.

Asexual people may have sex or jerk off – they’re still asexual.

Asexual people may have a sex drive or, they may not. They may jerk off or not, to pornography or to thoughts of other people. That doesn’t mean that in reality they’d decide to have sex with these people. Them being asexual doesn’t also give you the right to demand all personal details about what they do or don’t do with their bodies.

They may also be repulsed by sex or just indifferent to it. Some of them may have had sex in the past, some may never want to have sex, and some others may decide that they don’t mind having sex in order to please their partners, for the closeness, or to have kids. In all these cases, if they identify somewhere within the asexual spectrum, they are still asexua

Asexual people don’t necessarily have it easier than other LGBTQ+ people because they can “pass as straight” or whatever similar kind of privilege we may assume they have. In fact, asexual people may be homoromantic, biromantic or panromantic, and many of them are also not cis.

Other than that, asexuality is still one of the less understood and validated identities by society. Wanting to have sex is presented as natural in most parts of our lives and every other choice is demonized and considered abnormal. Asexual identities and experiences and ignored, erased and invalidated most of the time with other people’s assumptions. Aces can face discrimination and difficulties in many parts of their lives, from their relationships to the acceptance of family and friends, and the pressure to always fit in somewhere you don’t want to by doing things you’re not comfortable with. They usually have much difficulty recognizing their identity represented in the media, the medical community might try to pathologize it, there often isn’t enough accessible information surrounding it as there is for other LGBTQ+ identities and asexual people may feel like they have to explain themselves all the time.

All this is not privilege and finding a community which understands that, is extremely important for all of us. I’ve seen (allo)sexual people within the community dismiss a group meeting to discuss asexual issues with the argument that it’s a nice sunny day outside, and for some reason at that point asexuality seemed to them like something unfit for a sunny day.

In our communities we need to learn how to be intersectional and try to support each other actively, considering that we all face discrimination and have to overcome obstacles set by the rest of society, obstacles young people shouldn’t have to worry about.

The first step towards mutual support though, is understanding. Asexuality is not yet another joke for you to make yourself feel better, or something to dismiss on a sunny day. All of our experiences matter the same, so sit back and listen to the experiences of asexual people around us instead of continuing to make harmful assumptions.

1 thought on “Things An Asexual Ally Should Know”