Things I Have Learned And Gained From LGBTQ+ activism 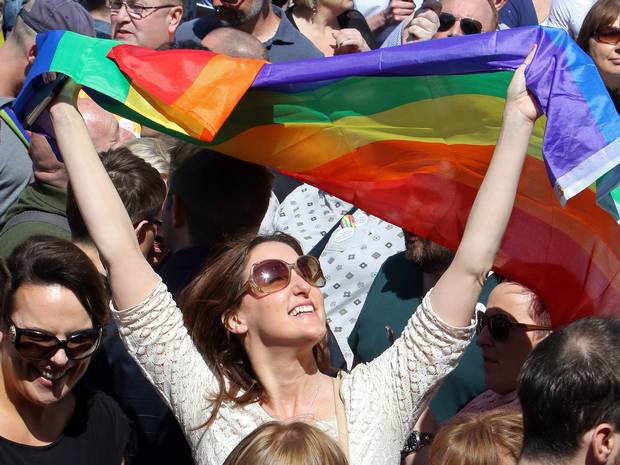 I first started getting educated on social justice online, and I found all the first-hand information, and advice I found on sites like Tumblr really useful. They helped me understand, and gave me impeccable value, as most of it came from people who were educating, talking about and fighting against the very oppression they were facing.

This is why I always deemed online activism extremely important. Phrases like “get off your couch and do something useful” always pissed me off, since online activists do many useful things, the most important of which is educating people they don’t always have to educate, which – trust me – can at times be really hard.

That brings us to:

1 – Online activism is real activism. In fact, everything that everyone can offer may be necessary in  a movement.

This is something that joining “physical” – which means actually taking the metro downtown and attending general assemblies in some basement – activism has taught me, especially when I realized how much online activists had contributed to my debut.

To be an activist you don’t only have to march and make illegal graffiti. By all means yes, this is vital in some parts of a movement, but so is every other small task a member of that movement works hard to complete. Protesting outside enterprises is vital, preparing powerpoint presentations from the safety of your room to share knowledge with other people is vital, raising your voice online and stirring the waters of convention at an injustice is vital, managing the finances or keeping the files of an organization which is already offering plenty to LGBTQ+ youth is just as vital. Every task completes another and no initiative can stand on its own without a multi-dimensional plan that requires all sorts of skills to reach all sorts of people and make all sorts of change.

Besides, keep in mind that not all people are able to march. Which brings us to:

2 – Activism should be inclusive

People with mental illnesses, disabilities, poor people, homeless people, should all have a place in an activism that cannot be elitist, ageist, ableist or racist. Some activist groups end up being too closed and clique-ish, denying people who want to offer the chance to do so. It’s one thing – and a very important one at that – calling out someone on something problematic they said or did, and a completely different one completely denying them the space for mistakes, or the space to voice their identity, needs and priorities differently.

3 – I now know for sure that I have rights and that I can demand their recognition and respect firmly.

When you feel all alone in something, when your identity or parts of it are not always understood or respected, even the most given facts about it, such as that you must demand that people respect your self-identification and don’t say offensive things about it, may end up seeming like a luxury, like something you don’t really deserve and you just think you do because you believe you’re a special little snowflake. Ignorant people will make you think that you have no right to ask what you’re asking for, but getting into activism is sometimes important to validate that you deserve the things that other people already have as given in their lives.

Things/Skills I have gained from LGBTQ+ activism.

1 – The motivation to actually work for something and dedicate my whole self in it.

Working voluntarily is weird. You may not be able to bring yourself to work hard for an essay that’s actually gonna give you a good mark, or for a job that gives you actual money, but with volunteering and activism it somehow still works, and  it’s different. Of course you get tired and burned out and there are times that you want to give up or just lay on the couch with a bucket of ice cream and Carmilla, and turn off all notifications in the world ever, but you still know that you’ve chosen this yourself, and it’s something extremely important for you to do, without waiting for something in return. You finally know how to push yourself to do something that you know is more important than many other things in your life. The chance to apply what you’re best at to what you love the most is a truly amazing feeling.

Which, not really. Emails still scare me. But you get the point. Apart from the occasional pro(cat)stination incident, of course. Which is very rare an occurrence and all. Ahem.

Wonderful friends who, like few others, formed a family-like circle around me. Nothing is better than meeting people who have been through similar things to your own experiences, people who understand and you know that with the first words and smiles, a place where you can feel safe to freely express yourself. Most of anything else, we’re a community, and what brings us together is often much bigger than our differences.

5 – The actual chance to make a change that will alter my life and the lives of people I care for, for the better.

Activism is not impersonal. What I fight for is not just an abstract idea; it has names. Names of my loved ones, of people I care for the most and of parts of my own identity, experiences and everyday life. The things that truly matter are finally something I can cater to, something I can give my best to shelter. And that’s not something I could achieve on my own.

No, really. That’s a real pro. I’ve met so many furry allies during this journey. Everyone – or nearly everyone – who is into LGBTQ+ activism has cats and/or adores cats and/or is an actual cat.

And if they don’t, they’re dogs.