Thoughts You Have When All Your Friends Are Getting Married 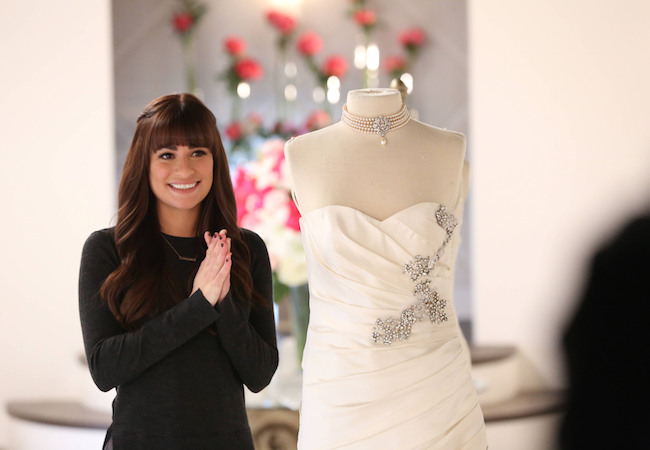 I have a lot of married friends. Maybe it’s because I mostly hang around with people who are much older than me.

Or at least, that’s what I used to think. Lately, though, more and more of my younger friends have been getting married.

I think part of it might have something to do with gay marriage being legalized here – those friends who were waiting until all of us could be married, don’t have to wait anymore.

Maybe it’s because the gay friends can get married now, and a few of them already have.

It seems fast to me, but I’m not one to judge their paths – if they’re ready to get married, that’s wonderful for them – and really, I’m so happy for you, but…

Are you sure you’re ready for such a big commitment?

I feel like a lot of people laugh off the commitment that is “marriage”. Okay, maybe seeing it as a lifelong institution worked better when people only lived to the grand-old age of 40, but if your options are “break up or get married”, maybe that’s not the right reason to get married.

Have you thought about the changes your life will face?

I’ve dated people who genuinely believed that, once you married someone, you pretty much owed them frequent sex and home-cooked meals every night. That’s great, if that’s what you both want, but marriage doesn’t take away autonomy.

Have you guys even lived with each other yet?

I know the verdict is still out on this one, but I couldn’t imagine marrying someone I’d never even lived with. Can you imagine – spending no more than three days at a time together, and then suddenly you’re pledging to spend the rest of your lives together? I couldn’t.

Have you had sex yet?

This is another issue that’s a bit divided. There are so many good reasons for not having sex with someone, so anyone who feels they should wait until they’re married is definitely entitled to stay with that thought. But if you haven’t at least talked about sex with your partner, how will you know if you’re compatible? I think abstaining-until-marriage typically works out best with two people who both want to wait until they’re married.

Why are you in such a hurry?

Listen, everyone. The institution of marriage has been around for a long time – it’s not going anywhere anytime soon. And if you’re worried that some morally bankrupt politician is going to come in and screw everything up, well… You might even be right. But in most cases, marriages aren’t a have to situation, and if you’re rushing into it just because you have to, you’re not having a marriage – you’re just having a wedding.

What are you getting out of this?

For a long time, I thought being married meant tax breaks – but then I found out that’s not necessarily the case for poor people like me. I thought that being married meant a bunch of things that it doesn’t always mean. Even when you’re married, if you don’t have the support of whoever is backing the benefit you’re hoping to get (no matter why you don’t get their support), you’re out of luck. There are other criteria to meet.

Are you really sure?

Okay, I already asked this, but seriously it’s so important I’m going to ask it again. Are you actually sure you’re ready to be someone’s wife? Once you get married, you’re either married or divorced – “single” isn’t exactly a thing anymore. (Not that there is anything wrong with being a divorcee – but it’s not for everyone.)

Can you really handle risking half your stuff?

I know, the cliché is dated and most people don’t really take half of their ex’s stuff when they split. And then, of course, there are the people like me, who tend to hand off a certain portion of my stuff after a breakup (my exes usually invite themselves to it, actually). But could you handle the thought of her having every legal right to claim half of everything you owned – and sticking you with half of her debt, in some cases? That’s just not enough personal control for me.

If you don’t hate me yet, then I offer you congratulations.

Just because I’m too much of a control freak to get married right now, the institution of marriage is something that a lot of people dream of their whole lives. While it might be a little silly on the surface, I can’t pretend to understand how things are for you – I can only look at things from my perspective. Maybe you think like me and maybe you don’t. But that doesn’t mean I’m not totally happy for your wedding – as long as you’re not the type to go on and on about how much different your life is after you’re married. Yes, I know it’ll be different. That’s why I don’t want to get married yet.

As long as we can agree to keep the taunts to a minimum – don’t tell me how great being married is, and I won’t tell you how great not being married is – then I’m definitely going to be at your stupid wedding. I’ll be the one right in front taking most of the pictures.

PrevPreviousHow Do I Get Rid Of My Stupid Straight Girl Crush?
NextMy Friend Keeps Hitting On Me And Making Me Feel Bad For Turning Her DownNext