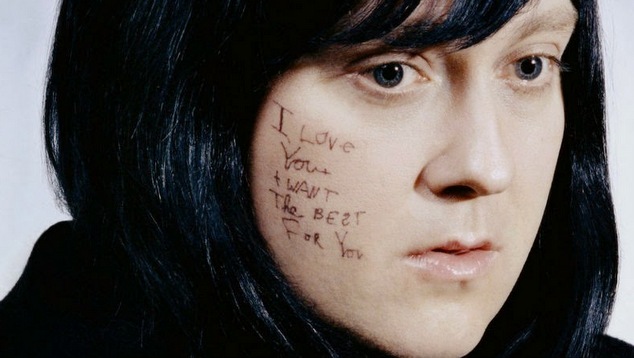 Trans artist and feminist Anohni has been nominated for a Best British Female at the BRIT Awards for her album Hopelessness, a collaboration with Hudson Mohawke and Oneohtrix Point Never. Other nominees running against her are: Ellie Goulding, Emeli Sande, Lianne La Havas and Nao.

Anohni speaks of the album as a new chapter in her life and says that she hasn’t “spent a lot of time expressing anger in my life, so this record is a new chapter. Anger is energising: it’s quite an empowering feeling.”

Last year, when the album was released, she gave an interview to Kim Taylor Bennett for Noisey, where she talked about her deeply political album, her song 4 degrees, living in Berlin, identity politics, terrorism, unequal wealth distribution, and her anxiety about the state of the world we live in.

To a question about the imbalance between the ostensible progress in LGBT issues and the fear of terrorism, she answered that there is probably a reason why shooting still take place but America refuses to move on gun control, or that everyone shoves identity and gender politics everywhere – which is really important for trans people – but at the same time she feels like women’s issues, for example reproductive rights, are being rolled back. At the same time, people don’t seem to pay attention to what is, in her opinion, the most important issue: that the resources available for most people in the world are getting lesser and lesser.

She also talked about how she felt the need to write songs about what she read in the paper. She’d been writing music about the environment before, but in her new album she explores things such the accountability of her own actions, participation in the modern world, and taxpaying – considering some dreadful things that taxpayers’ money have been invested in, in America, like drone bomb campaigns and Guantanamo bay.

The title and lyrics of the album seem heavy and dark, but the music is uplifting. Anohni said that “there’s this kind of myth that, this point has been widely accepted, that we can’t really write pop music that has intense political content, the heyday of that is long gone. So I thought, oh what a fun challenge—and why not do it to dance music? Why not do it exactly as you said, make it uplifting, and embed it into something really pop and just to see how far we can take it.”

In the same interview, Anohni was asked if can think of a reason why protest music has become uncool. She replied that she doesn’t think that it has become uncool – it’s mostly that it doesn’t really exist in the mainstream artistic scene – and that’s probably because, for some reason, it’s hard to be vigorous, to get involved, to stand up.

She explained that the pessimistic title of her album refers to the feeling of Hopelessness and grievance we all get when faced with the current situation, but it doesn’t necessarily reflect that we are actually hopeless. Anohni also admitted that she doesn’t know whether music can spark change in general, but it does spark change in her. 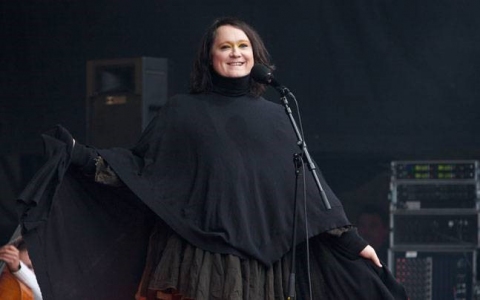 Last year, Anohni was nominated for an Oscar for her song “Manta Ray”, a collaboration with J. Ralph from the documentary Racing Extinction. Up until then she was the only trans performer ever to have been nominated for an Academy Award. However, she did not attend the ceremony, and she explained why in an intense essay she wrote, titled “Why I am not attending the Academy Awards”.

In this essay, she described her excitement when she found out about her nomination, only to be let down by the list that was announced and included the performers who were going to participate live in the ceremony. She found out that the singers who were going to perform live were only those “deemed commercially viable”. “Simple Song #3” composed by David Lang and performed by South Korean soprano Sumi Jo was also left out of the list and Dave Grohl, not nominated in any category, was added to it.

Anohni said it was degrading to watch articles appearing, referring to her as one of two artists who were “cut” due to “time constraints”. She struggled and thought a lot in order to decide whether she would attend the ceremony, but she felt even worse when she realized that the Oscars had added that she was transgender on their website’s trivia page.

I want to be clear — I know that I wasn’t excluded from the performance directly because I am transgendered. I was not invited to perform because I am relatively unknown in the U.S., singing a song about ecocide, and that might not sell advertising space…

But if you trace the trail of breadcrumbs, the deeper truth of it is impossible to ignore. Like global warming, it is not one isolated event, but a series of events that occur over years to create a system that has sought to undermine me, at first as a feminine child, and later as an androgynous transwoman. It is a system of social oppression and diminished opportunities for transpeople that has been employed by capitalism in the U.S. to crush our dreams and our collective spirit.”

She also spoke about almost giving up after the numerous occasions when she had been shut down and told she’d never make a career in music because of who she was, about people who encouraged her to continue, and about amazing opportunities that she had in her life.

As a transgendered artist, I have always occupied a place outside of the mainstream. I have gladly paid a price for speaking my truth in the face of loathing and idiocy,”

Concluding that she decided to not attend the Oscar ceremony, and to maximize her “usefulness and advocate for the preservation of biodiversity and the pursuit of human decency within my sphere of influence”.

Along with Smoke ‘em Out, the band shared Bianca Casady’s poem that digs deeper into the subtext of the lyrics exploring the unending end of time ambiance and the idea that ‘the future is female,’ and a very necessary force to be reckoned with.”