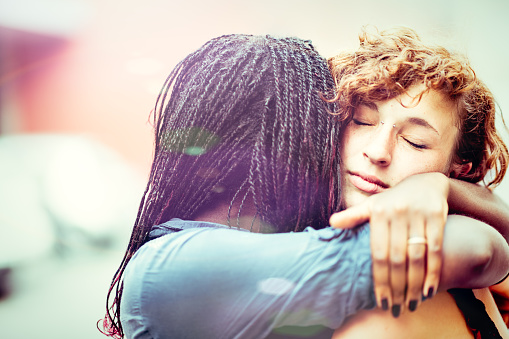 Stop wasting your time looking for love – you won’t find it that way.

Some time ago, I found myself pining for some female attention. I didn’t really care where the attention came from, really; I was just recovering from a long relationship (four years together, seven years involved) and I didn’t really know how to be single anymore.

So, I dated a few girls, and none of them was really what I wanted. I thought maybe I was just setting my expectations too high – after all, nobody’s perfect right?

If you’re trying to force someone into a box, they’re not going to fit, and that’s a fact. When we actively seek love, we miss out on many of the things that come with a good relationship: friendship, sex, attraction – the works.

Love is important, but “love at first sight” is a load of bull that sells movies, but doesn’t pan out in the real world.

However, if you just relax and let someone be who they are – you could fall in love with just about anyone. True love isn’t about fitting into some criteria, it’s about an emotional connection, and you really can’t have that strong of a bond right away.

You can’t predict who you’ll fall in love with, and certainly not if you’re trying to find someone who fits into that imaginary box.

Let me rewind to a few months before I met my current girlfriend. This was also a few months after that long-term relationship ended, and essentially I was looking for someone who was as different from my ex as possible.

Some friends introduced me to someone, who seemed like a perfect fit. She was intelligent, funny, snarky, gainfully employed, and musically obsessed – just like me. We stayed up texting all night long, several nights out of the week, and I often found myself exhausted when I went to work in the morning – because I’d rather talk to her than go to sleep.

She couldn’t offer me exclusivity, which was a requirement I had. She couldn’t come to see me when I wanted her to, because she had other commitments.

I wasn’t really jealous of these commitments, because I had commitments of my own – but we’d often go weeks or even a month in between seeing each other, even though we lived in the same town.

I desperately wanted her to meet all of my requirements. Surely, I thought, it couldn’t be so hard to convince her to settle down with me. After all, I’m a catch!

One night, I ended up going to a party. I had wanted her to come along, but she couldn’t – I don’t remember the reason. I ended up making a new friend at that party, and we got along great.

This friend was a gay man who had a lot in common with me – we were both recovering addicts, we had both lost a substantial amount of weight recently and were unsure of how to process the recent attention, and basically we just clicked. But alas – this article isn’t about him.

Some time later, while I was on Facebook talking to the girl described above, I received a message from the cousin of this new friend – saying she found me on his page and thought I was incredibly attractive.

I had strong feelings for the girl I was talking to at the time, and I was initially unwilling to give her the time of day. I politely explained that I didn’t consider myself “available” at the moment, but I was definitely flattered by her compliments.

She persisted, respectfully. She messaged me every day to check in and see how things were going, and she never stepped over any lines with my pseudo-relationship with the other girl. She wasn’t exactly “my type”, per se, where this other girl was – but I allowed the friendship to grow.

Over time, the “perfect girl” I was talking to started to seem less and less perfect. I longed for someone who would value the time I put into the relationship (or lack thereof), and someone who truly cared about how I was doing, and not just whether I was available for a little fling when she wanted it. (Please note, there’s nothing wrong with “a fling” – it can be great! As long as you both agree that’s what you want.)

This “perfect girl” started dodging my messages, which left me feeling like I wasn’t worthy of her attention – so I tried harder. Meanwhile, this “girl on the side” would be there for me, listen to my problems when I needed someone to lean on, and if I got grumpy due to a feeling of sexual neglect – she would flirtatiously imply that she could satisfy my needs if I needed her to.

Of course, I shrugged it off. “My heart is already taken by someone else.”

Inside, I knew this wasn’t really true either.

One day, Perfect Girl and I decided that we were going to give up on the possibility of a relationship “in the future”, which is all I was ever able to secure from her.

It was Christmas eve, and in my hurt I decided I was going to act on the attention I had been receiving from Side Girl. (I’ll admit, this isn’t really the most mature response to a failed would-be relationship.)

I ended up spending three days with this Side Girl – we talked, we cuddled, we bonded, and – yes, we had incredible sex, too. I’m not typically one to advocate for sex on the first date, but sometimes it happens, and there’s nothing inherently wrong with it.

Once Perfect Girl heard about this date, she was instantly interested in me again. She started making promises to come see me more, and she feigned interest in my two jobs. She applauded my dedication to “the hustle” and she vowed to make up for the lack of effort on her part.

I allowed her back in, still holding onto the idea that she was a perfect fit for all of my “requirements” in a girlfriend – with the exception of the exclusivity.

I cast the Side Girl back to the side – which wasn’t fair to her. I denied any connection we had, because I wanted so bad to find love with Perfect Girl. I knew she wasn’t as perfect as she had originally seen, but I couldn’t get past it.

Until one day I found out she was talking garbage about me to one of my best friends – who of course told me.

Perfect Girl said I was “too crazy” for her, and that I was suffocating her with my attempts to create love where it simply didn’t exist. I wanted to give her one more chance to prove that she cared about me, but I didn’t want to limit myself to her anymore.

I explained to PG and SG that I wanted to see them both and “test the waters”, if you will.

Perfect Girl knew all along that she wasn’t the right fit for what I wanted, though, and it didn’t take long for her to step back from me. We didn’t talk every day anymore – more like a few times a week.

Meanwhile, Side Girl started talking to me more and more. She didn’t drive, but she would come to see me every weekend anyway. She matched my effort and convinced me that, even though she wasn’t “my type”, she was just as worthy of my love as I was of hers.

We became more serious as time went on, and eventually I admitted that I had feelings for her, too – feelings that I was too afraid to admit because I was so hung up on the other girl.

Once I was comfortable, I let the other girl hit the road – but I didn’t promise my exclusivity to Side Girl yet.

Eventually, Perfect Girl disappeared from my life. I’m not sure exactly what happened, but one day I just noticed that it had been awhile since I’d heard from her – so I went to send her a message and I found out I’d been blocked.

Turns out she hadn’t been so perfect, after all, and I had been too focused on the woman who actually treated me like I deserved to even notice right away.

It’s now been almost exactly two years since Side Girl and I started talking, and about a year and a half since we entered a committed relationship – and I’ve never been so satisfied in a relationship.

We didn’t start off trying to be anything we weren’t, but we ended up way closer than what I had with the girl I wanted to find love with.

Basically, because I stopped looking for love.

Ladies, if you set yourself up to look for love – you’ll never find it. Anyone who can enter into “true love” immediately, likely doesn’t know what true love really is – and is just in love with the idea of being in love.

True love takes time to grow. You start as friends, and slowly build on it until it’s something more than that. You may be compatible in ways that you couldn’t see from the start – like my situation.

The criteria I thought I needed out of a relationship turned out to be all wrong, and I only found what my true needs were after I had given up on satisfying all my wants.

My partner and I are now planning our wedding – a long journey from my initial disregard of her. If you’d asked me two years ago if I’d marry her some day, I never would have expected to – and that’s the beauty of it.

The biggest difference between them was that one was set in what she had to offer, and had no chance to improve – and the other viewed herself, and our relationship, as a “work in progress”.

I understand that it can be tough to recognize these “work in progress” relationships for their full potential. We don’t want a “fixer-upper”. Our generation relies on instant gratification, and tends to overlook the fact that you can have quickness or you can have lastingness. Personally, I’d prefer a relationship that lasts.