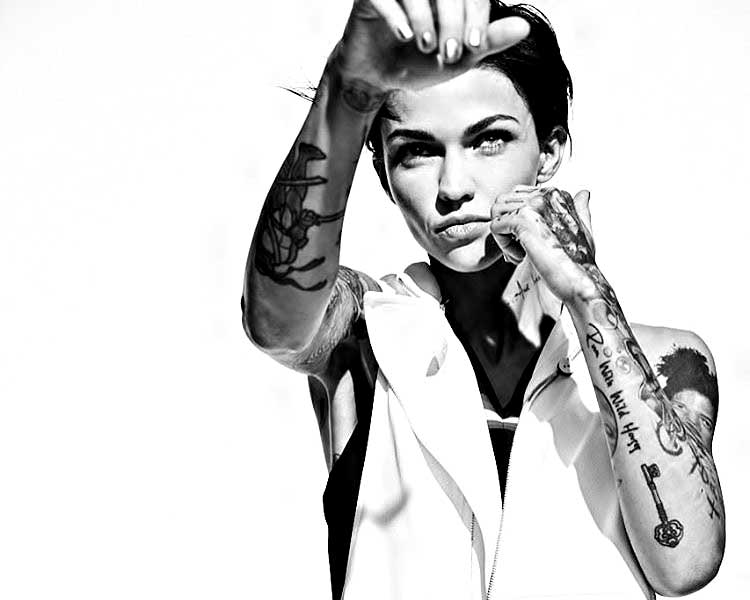 In a candid interview with Edwina Bartholomew for Whimn, Ruby Rose revealed that when she was younger she wanted to grow up to become someone kids could admire.

Rose wasn’t shy to admit that as a child growing up in Melbourne she felt she had no openly gay role models to look up to in the media, film and arts.

Growing up I always looked to the media, TV, film, arts and music to find someone I could relate to and there wasn’t really anybody. I always said that when I grew up, I want to be the person that wasn’t around when I needed them”

Rose came out when she was 12 and has forged a career as an openly gay actress with kick-arse success.

Be true to yourself. Believe in yourself. Whatever you think and feel… that’s you. There is only one of you in the world. We are all completely unique. Don’t be hard on yourself. Don’t have any kind of shame. There is a reason that you are that way.”

The Orange is the New Black star revealed on The Today Show last month that ‘it was a fine thing to do’ and her mum already knew.

She knew when I was six, apparently. I was like, really mom? I don’t think I even knew.”

Rose is currently dating Jessica Origliasso, one half of pop duo The Veronicas.