Trump, With A Single Tweet, Bans Transgender People From Serving In The US Military 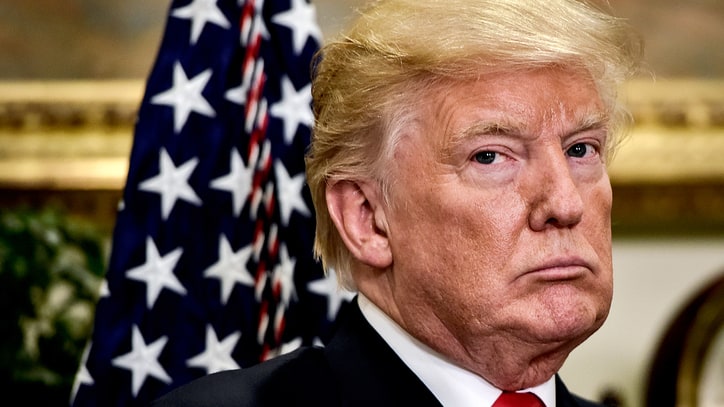 During his presidential campaign, Donald Trump promised to turn the page on years of Republican hostility to progress on gay, lesbian, bisexual and transgender rights by being an even better friend to the LGBTQ community than his opponent, Hillary Clinton.

He waved a rainbow flag. He denounced Clinton and her foundation for taking donations from ultra-conservative Saudi Arabia, and warned the gay community after the Orlando massacre that Clinton’s immigration stance would bring “more people that will threaten your freedoms and beliefs”.

Then just weeks after Defense Secretary Jim Mattis ordered a six month review on the Defense Department’s transgender policy, Trump announced over Twitter that the government will not accept or allow transgender individuals in the military.

After consultation with my Generals and military experts, please be advised that the United States Government will not accept or allow……

….Transgender individuals to serve in any capacity in the U.S. Military. Our military must be focused on decisive and overwhelming…..

….victory and cannot be burdened with the tremendous medical costs and disruption that transgender in the military would entail. Thank you

The move came as a total surprise to most people, even in his own party.

Like the travel ban before it, it was quickly released and poorly thought out. Announced on Twitter, with no detail to follow, the futures of thousands of people were thrown into doubt. Would those already serving in the US and abroad be discharged? When would this happen and how? Press secretary Sarah Huckabee-Sanders couldn’t say on Wednesday, and threatened to shut down the press briefing when reporters kept asking questions.

Major advocacy groups depicted Mr Trump’s pronouncement as an appeal to the portion of his conservative base that opposes the recent civil-rights gains by the LGBT community.

President Trump today issued a direct attack on transgender Americans, and his administration will stop at nothing to implement its anti-LGBTQ ideology within our government – even if it means denying some of our bravest Americans the right to serve and protect our nation.

Today further exposed President Trump’s overall goal to erase LGBTQ Americans from this nation. Trump has never been a friend to LGBTQ Americans, and this action couldn’t make that any more clear.”

Right this moment, around the world, brave transgender service members are protecting the American people – including Donald Trump and Mike Pence.

While the White House claims to be celebrating ‘American Heroes’ week, the president and vice president are shoving real American patriots back in the closet and putting our nation’s security at risk.

Donald Trump said he would protect LGBTQ people, but today’s decision to ban transgender Americans from serving in the military proves his promise was another bald-faced lie.

Democrats stand with the transgender community and we will fight this administration’s bigotry tooth-and-nail. Those who defend our right to live freely should be able to serve freely.

This cowardly statement by Donald Trump shames our nation and its history of advancing diversity in our military – from the integration of African-Americans into the military by President Truman to President Obama’s ending of Don’t Ask Don’t Tell – and it is an insult to the millions of Americans who have courageously served our nation.”

The Human Rights Campaign attacked the White House for a “deeply troubling and patently unpatriotic assault on military families”.

[Trump and Pence should] be working to ensure all service members and their families are getting the support and resources they need and deserve, regardless of their gender identity or sexual orientation.”

Today Donald Trump has proven himself as unpatriotic as he is unfit to serve as Commander in Chief. He has put a target on the backs of the more than 15,000 transgender troops proudly serving in our military.

It is also the latest effort by Trump and Mike Pence to undo our progress and drag LGBTQ people back into the closet by using our lives as political pawns.”

The President famously dodged the draft four times during the Vietnam war, and has never served in the military.

Trump’s new ban is reminiscent of rules that banned gay people from openly serving in the military.

2 thoughts on “Trump, With A Single Tweet, Bans Transgender People From Serving In The US Military”