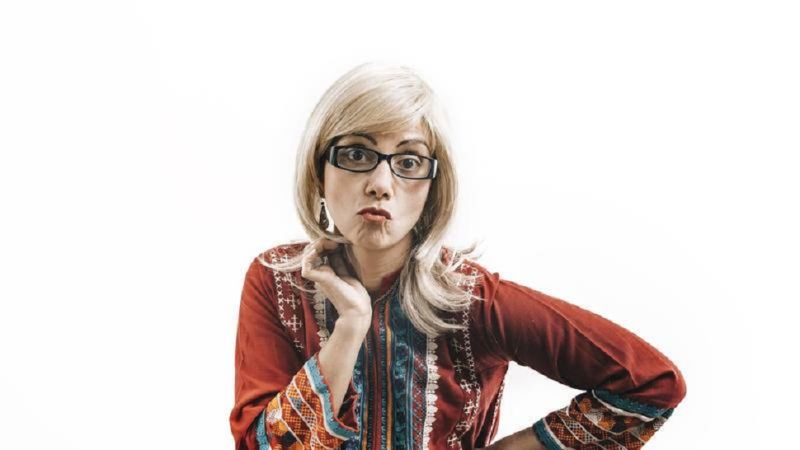 Ayesha Trump is finally speaking out about her father, Donald J. Trump.

As a half-Pakistani lesbian Muslim, she feels it is finally time to tell the world who she is and to reveal her father’s own hypocrisy.

As much as we all wish this were true, Ayesha Trump is the fictional creation of Fawiza Mirza, a Chicago-based comedian.

Mirza, who is a lesbian Muslim in real life, grew frustrated at Trump’s homophobic, misoygnisitic, Islamophobic comments. “What can a little brown girl do?” she asked herself. “Well, I can make something. I can do comedy.”

She has created a twenty-minute satirical exposé on Ayesha Trump. This intense interview follows the style of many groundbreaking documentaries, complete with close-ups on Ayesha playing with a Trump-Gandhi coloring book, dramatic voiceovers, and nail-biting Gotcha! questions like this one. 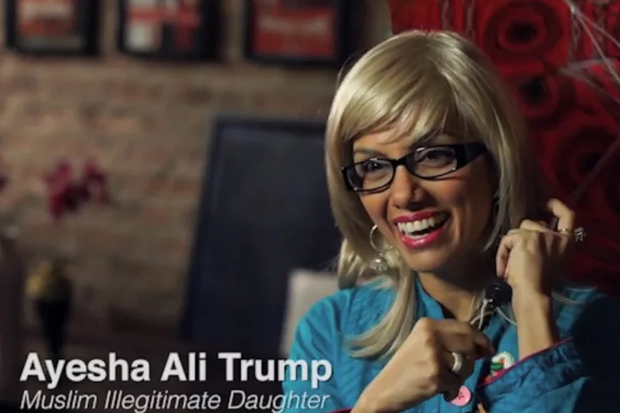 INTERVIEWER: How many terrorists are in your family?

INTERVIEW: Why were you counting?

AYESHA: Oh, sorry. There are no terrorists in my Pakistani family. But there are at least three terrorists on my Trump side.

Will comedy like this stop Trump’s Islamophobic legislature? Not directly. But Ayesha has a way of turning the interviewer’s questions and expectations on their head – even though she is a bit ditzy herself (inherited from her father).

Another gem of a line:

INTERVIEWER: Do you have any aspirations?

AYESHA: The only aspiration I have is the sweat that comes out of my body. That’s how I aspire.

Unlike Ayesha, who is only now coming forward, Mirza has been an openly queer powerhouse on the Internet for quite sometime. She often posts videos talking about human rights, Islam and coming out. Before starring as Ayesha, she created hilarious webseries such as Kam Kardashian, which follows the exploits of the long-lost lesbian sister from the famous family, and Brown Girl Problems, which details the lives of quirky South Asian women.

PrevPrevious‘Chin Up, Dreamboat!’ Is a Sassy Coloring Book to Help You Through Your Break-Up
NextChina Introduces LGBT Issues To Sex EducationNext