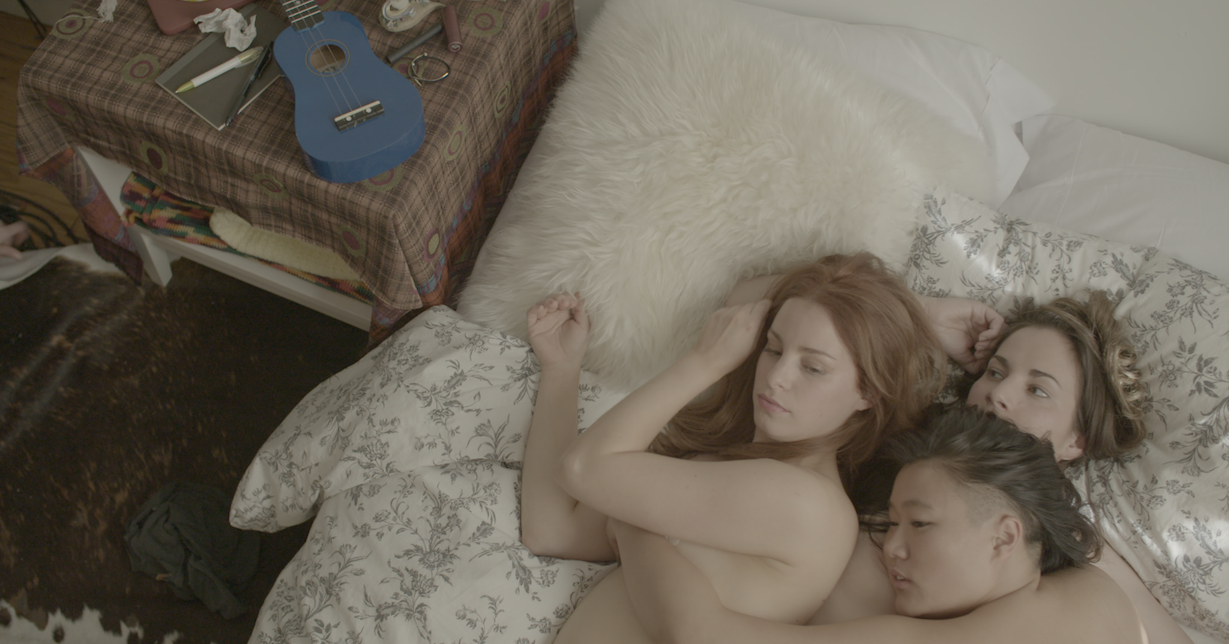 If you’ve seen one web series, you’ve more or less seen them all. The vast majority of web series, even queer ones, involve a hapless young adult surrounded by a troupe of quirky characters as he or she searches for their one true love. It’s funny. It’s poignant. It’s…done.

In that respect, Unicornland is similar. It’s a love story. Except, instead of one true love, the main character is searching for her multiple true loves.

Meek and mild-mannered Annie dreams of becoming a unicorn – that is, a person of any gender who dates couples. Every episode centers on Annie’s escapades with a new couple. Sometimes it’s hot. Sometimes it’s awkward. Usually, it’s both.

The show is also notable for its diversity. There’s not just one way to be sexual – not just one sexual orientation, body type or race. The show proves that women and men of all types deserve to find pleasure.

Says Gillespie, “I was trying to be as realistic as possible about the journey of this young, naïve woman and the pitfalls she makes and the sanctuary that she finds.”

Check out the show for yourself at the official website.