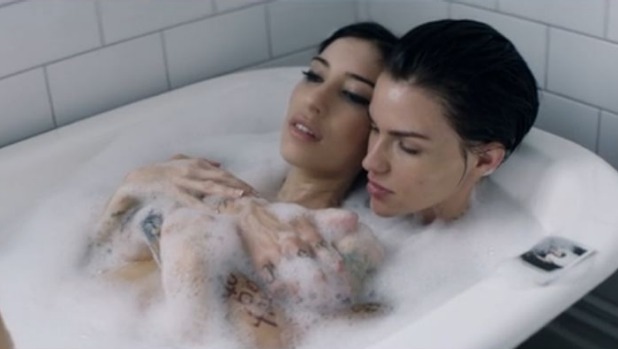 The Veronicas have shared the video for their single On Your Side’.

Rose first came to the project after listening to some of the duo’s new songs in a London hotel room. She explains below.

When ‘On Your Side’ came on I stopped in my tracks and asked them to replay it… and replay it. When I first heard the song I was drawn to the lyrics. Some songs tell the first chapter of a story others only tell the last but here I was listening to a full narrative of someone’s sincere experience with love. It stood out to me and like any great narrative you wanted to know what was going to happen next. Some months later when the girls spoke about making a video it occurred to me they had never done an entirely narrative based video. One without the use of singing to camera. I felt compelled to write a short film for it and see what they thought.  They loved the idea of it and asked if I wanted to be in it. A few days later we shot it over a weekend in Auckland.”

Jess was equally enthusiastic about working with Ruby and creating these two star-crossed characters:

Working with Ruby, someone who naturally aligns with and embraces powerful and impassioned narrative, was an organic step forward for The Veronicas and an inspiring and rewarding experience for everyone involved. The video shares a story between Ruby’s character and mine. It’s a true to life look at the passion and protection of two people falling in love and, ultimately, a love that cannot be broken.”

On Your Side is the follow-up to The Veronicas’ previous single, In My Blood, which topped the chart in the pair’s home country of Australia over the summer and has been certified double Platinum there. The duo’s fourth album is due out in 2017.

.Watch the video for ‘On Your Side’ below.

Tags: Jess Origliasso, On Your Side, Ruby Rose, The Veronicas
Share: