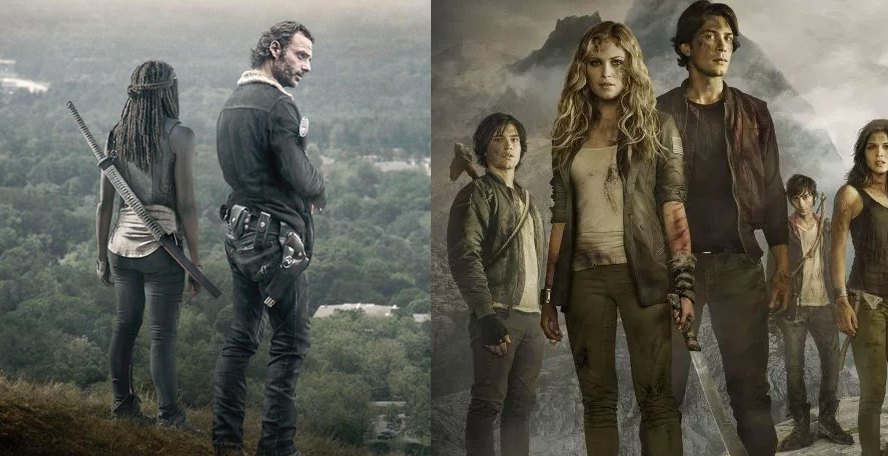 This event sparked massive outcry from the The 100 fandom who accused the show’s writers of falling back in a well-established trope known as “Dead Lesbian Syndrome.”

Now TV land is at it again, and sadly in the latest episode of  The Walking Dead has killed off one of their two lesbian characters, Alexandria’s doctor Denise (played by Merritt Wever), who died from a nasty arrow through the eye (mid-sentence, no less) fired by returning villain Dwight (Austin Amelio).

Sadly, this is third lesbian character to die across three different TV shows – The 100 and Jane the Virgin being the other shows – in as many months.

Fans expressed their frustration via social.

I understand if viewers watching the show really identify with the character or like seeing themselves or some part of the world that they know is real and true and valid and prevalent represented.

And then to have that taken away, I definitely see how that would be disappointing in the broader scheme of things. I’m not sure that that’s what was going on here but I understand the sentiment very well and I am familiar with the [trope of] black characters or gay characters getting killed off because [they’re considered] less human or less real or less important and people aren’t gonna care as much. From my end, it didn’t feel like that’s what was happening though. But I certainly understand the concern in the wider culture.

But adding fuel to the fire is how the death scene plays out exactly as it does in the show’s graphic novel counterpart – the difference being the comic kills off male character Abraham (played in the series by Michael Cudlitz), not Denise.

It’s also being argued that this trope – also known as “Dead Lesbian Syndrome” – is heightened by the way in which Carl Grimes (Chandler Riggs) managed to survive a bullet to the eye in episode nine while the arrow to Denise’s eye kills her instantly.

The show features a gay couple, Aaron (Ross Marquand) and Eric (Jordan Woods-Robinson) and while they still remain alive in the series, their relationship has never really factored into the overarching plot.

So there we have it another show, another dead Lesbian.

1 thought on “TV Shows Are Still Killing Lesbians Off”