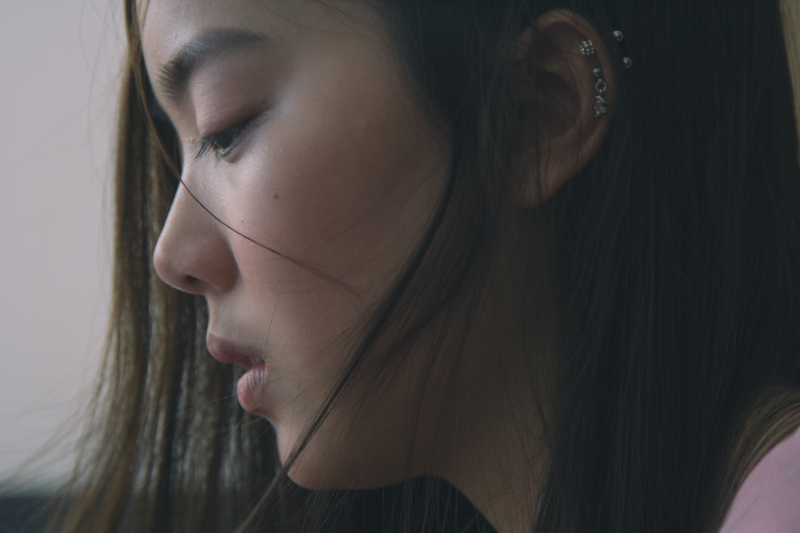 It’s been a long time since a lesbian movie made me think.

Thai film #BKKY is and it isn’t like your typical lesbian movie. Many of the stereotypes are here – adolescent heartbreak and confusion, a bittersweet coming-of-age tale, a society that just doesn’t understand – but this film presents those tropes in refreshing ways.

The movie opens beneath a desk. Close-up on the legs of two high school girls flirting nervously with each other. One of the girls offers the other a gift and then nervously asks her out.

A clapperboard appears. Take ten. The director demands that the scene start again.

At that moment the viewer is left thinking, “What on earth am I watching?”

#BKKY is less a film about a lesbian coming of age, and more a film about how we make films about lesbians coming of age. It’s thoughtful and meditative, and it forces the viewer to question their preconceived notions about what the “right” way to tell a queer story is.

At its heart, the film (claims that it) is a love story about Jojo, a young Thai girl who explores her sexuality in adolescence and young adulthood. Jojo is the face of interviews the director conducted with 100 queer and/or trans Thai teenagers. The director didn’t have any idea for a story when he started the interviews; it unwound naturally over time. The film’s plot borrows heavily from a diary that one of the interviewees donated.

The interviews themselves play a large part in the story. Hyperallergic says, “Some of the time, the studio interviews appear like context for a documentary, complementing the fictional storyline. At other times, they become background audio. At really magical moments, the two seem to converge and blend, leaving us guessing as to the true parameters of this story: what is fact and what is fiction.”

The film also touches on themes of patriarchy, patriotism and sexual fluidity.