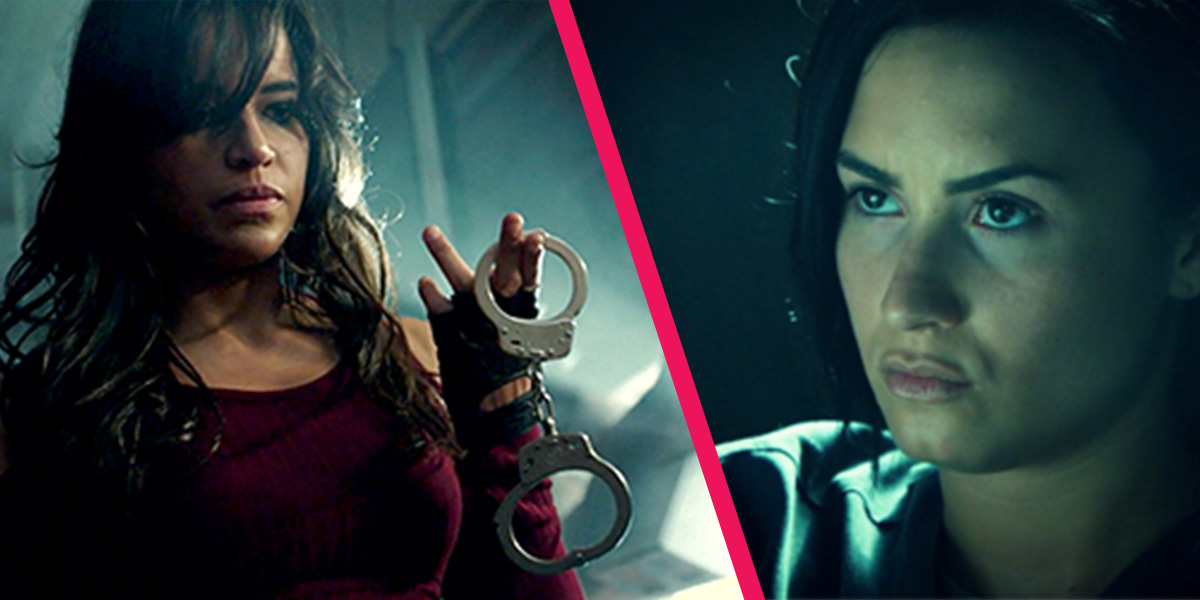 Demi Lovato is continuing her sexy streak in the new music video for her single “Confident.”

Directed by Sin City’s Robert Rodriguez, the new video puts Lovato at the centre of her own Kill Bill thriller, on a mission to assassinate the queen of ass-kicking, Michelle Rodriguez.

Yet again, Rodriguez finds herself embroiled in a woman-on-woman brawl (a recurring theme for her Fast and the Furious character).

But like any good action flick, there’s an unforeseen hitch in the plan. Fight sequences and skin-tight outfits abound!

Lovato’s new album, also called Confident, drops Friday, Oct. 16. In addition to “Confident” and her summer anthem “Cool for the Summer,” she also released her emotional ballad “Stone Cold” earlier this week. Tell Us: What do you think of her new music video?