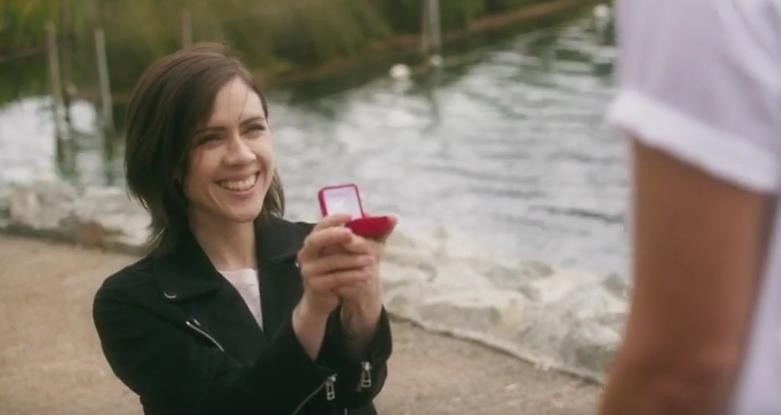 Tegan and Sara have released the next video from their recent album Love You to Death.

BWU video, directed by badass Clea DuVall, finds Sara bummed after asking her girlfriend to marry her (proposing with an empty ring box, no less), only to be turned down.

In a statement released to Entertainment Weekly, Quin discussed the message behind the song.

The activist in me fought passionately for marriage equality because of what it signified socially, and for the countless legal benefits and protections that had been withheld from so many devoted same sex couples in history. I was happy when the Supreme Court ruling legalized same sex marriage in the USA, but I was also relieved that I could finally ”come out“ as a person who actively dislikes the institution. Specifically the assumption that by not participating in the ritual you are a deviant or unlikely to share the same common values as someone who does.”

I liked the idea of having no one really understand how lonely it can be when you have different ideas about what you want your life to be.”

DuVall also directed the band’s “Boyfriend.” According to EW, the sisters have a video-per-song strategy for their most recent release, Love You To Death.