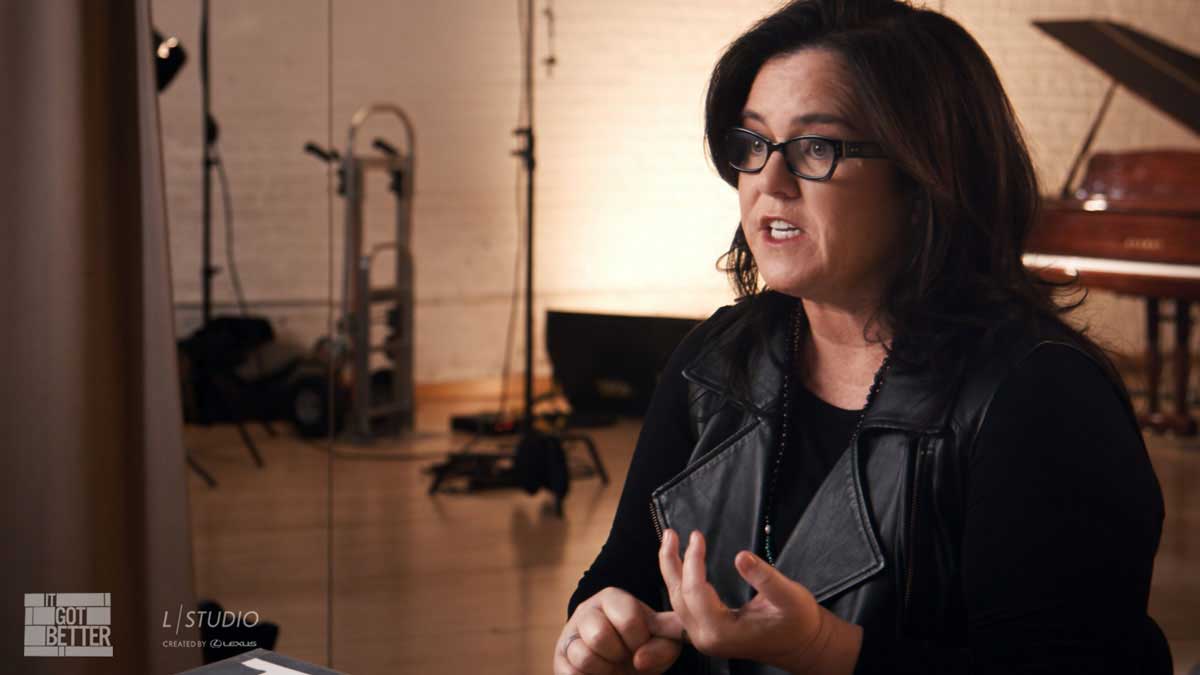 Last year, the It Gets Better Project had out celebrities like Jane Lynch and duo Tegan and Sara, sharing their stories about how “It Got Better” for them as they grew older. Now the series has returned with a new selection of videos, which will include six stories from public figures like Rosie O’Donnell, and Portia de Rossi.

Below is Rosie O’Donnell journey. In it, O’Donnell has made a career out of making us laugh. But her past heartbreaks are no laughing matter. In the video she discusses losing her mother and how becoming a mother herself inspired her to advocate for gay parents everywhere.

She also discusses growing up in New Jersey, her first crush on a female friend, being a tomboy, and coming out to herself at 17. Then she discusses why she came out publicly in the 2002 and advice she offers to LGBT youth.