Waverly Earp Is the Queer, Demon-Fighting Cowboy You’ve Been Waiting For 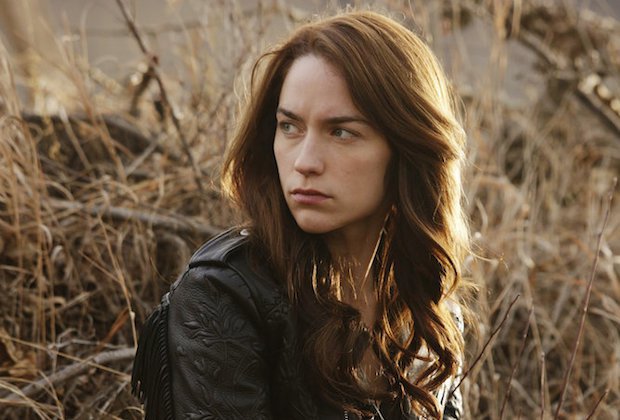 Where can you see an attractive girl save the world from demons, wear leather jackets and get into queer love triangles? The answer isn’t just Buffy the Vampire Slayer anymore.

Wynonna Earp has come to your screens. This supernatural Western thriller defies categorization, but it does have two things for certain: It is very feminist, and it is very, very queer.

So who are Wynonna and Waverly Earp?

If you’re a fan of Daredevil, Jessica Jones, Flash, Arrow, Luke Cage or really any of the 7,004 comic book adaptations that are on cable these days, then Wynonna is the perfect addition. It’s based on Beau Smith’s IDW comic books.

The great-granddaughters of Wild West sheriff Wyatt Earp (who’s a real guy), Wynonna and Waverly, fight the Revenants, demons spawned from all of the people Wyatt Earp killed. And boy, has he killed a lot. Wyatt and her anti-demon six-shooter called Peacemaker can barely handle all the trouble that comes her way. 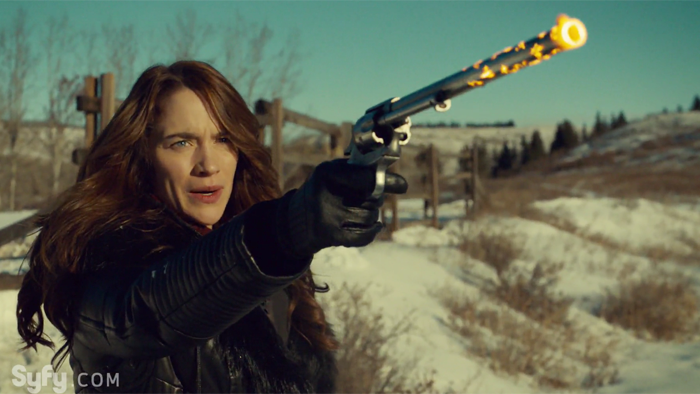 Here’s where it gets gay.

Unlike queerbaiting shows and movies, which either merely hint at characters’ queer sexuality or tout a token queer-ish character in order to drive up ratings, Wynonna puts the queer main character front and center. They even flesh her out!

Waverly is openly queer. She even has a dynamic love interest in Nicole Haught, a confident and charming young officer. GLAAD nominated the show for its portrayal of LGBT characters. 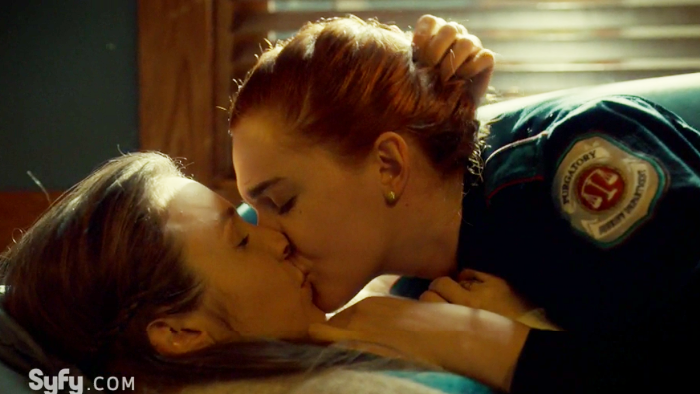 Waverly gets her own coming out storyline, but it’s not what you think. She’s openly gay and relatively proud of it, although she’s still wrestling with some demons of her own. But at the end of Season 1, she comes in contact with an ominous black goo that possesses her with something evil. Inverse says, “Fans suspect that it wasn’t something coming in, but rather something already inside of her coming out.”

Check out the first season on Netflix!