How Do I Get The Spark Back? | We Answer Your Questions 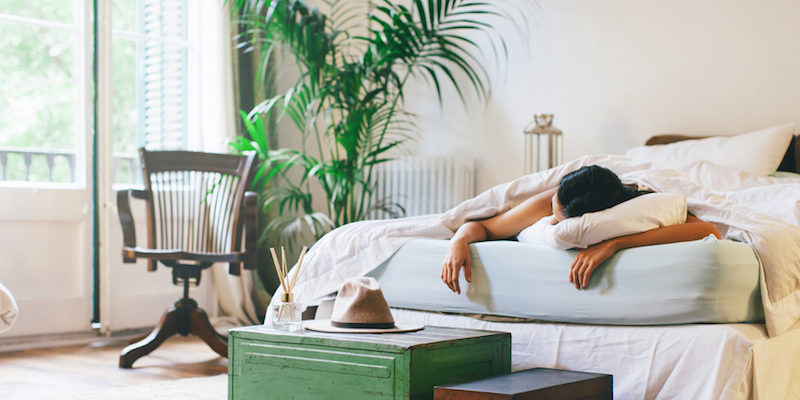 We aim to get to the heart of your sex and relationship problems, so if you need advice, please get in touch.

Q: How Do I Get The Spark Back?

So my girlfriend and me have been going out for over 3 years now. It’s our first “real” (her words) relationship.

When we first got together after about 6 months we started sleeping round each other’s house all the time. We both had 3 months off for summer, and we practically spent everything waking moment with each other.

That’s not to say we had sex all the time, but it was quite regular, and it was fun. She used to buy lingerie to surprise me, and in general we were great together.

I then moved away to go to university, and we went long distance. Obviously we’ve had our ups and downs (long distance is a bitch), but it worked out, and we’re still together.

The problem is she recently (late last year) she got a super busy job, that means she works all week, regularly into the evening, and she then has another part time job at least 1 or 2 evenings a week.

This has all left her with not very much spare time. We generally see each other for 2 evenings a week now, and I’m generally OK with that. Obviously I’d like to see her more, but I appreciate she’s super busy and fits me in as well as she can.

Here’s the issue. We never sleep together anymore. I’ve been home for a few months now, and we’ve had one romantic night together, and even then it was with clothes on. I’m living back with my parents (who are really cool and like her), and I have a double bed. She lives in shared house with a single bed.

She doesn’t like sleeping round my house at all anymore, she says she has anxiety about my parents thinking we just use it as a hotel, and it makes her too worried to even consider sex. However, her house has a single bed, with roommates who all stay up super late, and the door to her bedroom doesn’t even close completely. Like, it jams and you have to shove it to get it to close, but there’s still a tiny gap.

I miss sex with her. A lot. She’s gorgeous, sexy, clever, funny, and I completely adore her, but the lack of sex is driving me crazy. I don’t want to break up with her, but every time I talk to her she either says she’s rarely in the mood and can’t make herself in the mood for me.

I’ve suggested going away, but even that doesn’t work, because she feels like we’re only going away to have sex, and feels too pressured to have sex she might not be in the mood for.

I don’t know what to do. I adore her, and I’ve tried to explain so many times that the lack of sex is driving me crazy, but she just says that sex is something she’s just not willing to compromise on, and that I just have to wait for it to “all click into place”.

I could understand that I guess, but I just don’t see an end to it. There’s nothing big coming up that’s going to change everything, and in the mean time I’m finding it really hard to deal with how incredibly attractive I find her, and yet how little we have sex.

She says sex shouldn’t be forced, and I appreciate that, but surely we should at least make the time to have the OPPORTUNITY for it, if we both were in the mood.

I’m at a loss what to do, I love her, and I adore her, but it’s driving me crazy wanting to be so close to her, but not ever having the opportunity to be.

A: I’m sorry to be the one to tell you this, but to me it sounds like your girlfriend is just not interested in sex with you right now – and there’s nothing you can do to force that.

It happens sometimes, and it does go away in some cases, so I wouldn’t advise you to give up if you really want to make this work with her.

As far as the locations go, you don’t really have a lot to work with.

She’s right, you know – if you go away, to have sex, it’ll be like you’re going away to have sex. (It’s funny how that works.)

It seems like you don’t have many options right now – so it’s best if you cater to her on this one.

If there’s any way to block her door so it stays shut – I’d do that.

I used to have a door that was slammed too much by an ex girlfriend; when I wanted to be intimate with my new lady, I would stick a laundry hamper in front of it.

It’s not great, but it worked. (Later, at the same house, I ended up moving my stuff into the living room after a dispute with some roommates – we hung a sheet from the ceiling and it didn’t slow us down at all!) If you want to have sex with her, you can’t put too much importance into the location. Work with what you’ve got!

You said she has been working a lot lately – is it possible that the stress from work is causing some friction to her? You could try offering to give her a massage instead of trying for sex. Not only would it be a nice thing to do for her, but it might even loosen her up enough for her to get in the mood. It’s worth a shot, right?

In my personal experience, I tend to veer towards the asexual side when I’m caught up with work. I have a tendency to be a workaholic, and it sounds to me like your girlfriend might be, too.

I try to do my best to remember to “shut down” and make time for my partner, but it’s still hard to put myself in the mood for sex if my mind’s not in it.

Almost instinctively now, my partner knows that if I’m working late a few nights in a row, or exhausted by the time I make it to bed, she should rub my shoulders. I’m not sure how your handiwork is, but my lady knows how to rub out the knots. (Double entendre definitely intended.) Once I’ve relaxed a bit, she starts to slowly “warm me up”.

As long as I’m not super tired by the time I get there, it almost always works. You should try it. Even if it doesn’t result in sex for you, your partner will appreciate it. (And if she doesn’t, she’s not worth your time.)

PrevPreviousYour Monthly Lesbian Horoscope | November 2015
NextTying the Knot? Make Sure Your Girlfriend Has These Qualities Before Marrying HerNext