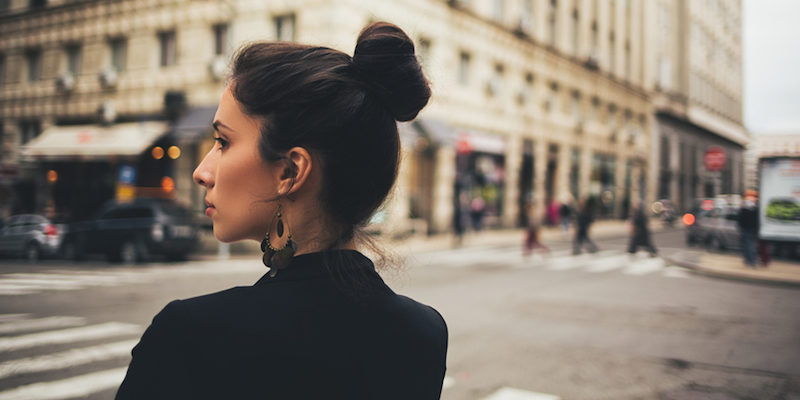 Q: I’m a Bi Woman Married To A Man With Kids, But Can’t Stop Thinking About Being With Women Again

My husband and I have been together since early adulthood (10 years). Before him, I had sexual encounters and a few kisses with other women, but then we married and that finished.

But my feelings for women have not disappeared. I now find myself having these sneaky thought and fantasies about hooking up with other women.

I’ve even gone online to communicated with other women, but never follow through. This has happened several times – usually every couple of years.

I am out to my husband and some close friends. He understands in some ways, but not in others. We have a house together, and kids, but I don’t feel attracted to my husband like I once did.

I am trying to feel attracted to him. He’s a really good person and a great dad. I do love him, but I haven’t felt in love with him in a long time – possibly ever.

I am trying to deal with the feelings I’m having about this, like, if I would eventually want to leave him for a woman, is it better to do it sooner? Or stay together for our kids even if I feel like cheating and am unsatisfied sexually? Do people successfully have open marriages when this type of scenario occurs?

Let me start by saying that I don’t think cheating is ever the right answer to a situation. All you’d be doing by sneaking around is postponing the inevitable, as well as hurting your husband and maybe even your kids. The only situations where polyamory (open relationships) work is when all partners involved know the situation and are willing to agree to it.

Even then, there’s a chance it could end in jealousy and pain, but if you’re sneaking around the pain is inevitable.

Let me speak to you from personal experience for a minute. I’m a product of a break-up. My parents weren’t right for each other, and neither of them wanted to force it – so they broke up.

I still got to see both of my parents, and even though I had ideas when I was a kid that something magical would happen and they’d end up together – as I grew up I realized what was really right. If they would have stayed together for me, I would have been the reason for their unhappiness.

This wouldn’t have been fair to me as a kid, and it wouldn’t be fair to your kids, either. Definitely don’t keep your kids away from their dad, but don’t stay together for their sake. That never works out.

If you think that this is just a phase you’re going through (we don’t like to admit that sometimes it is), consider explaining to your husband how you feel. Tell him that you would like the freedom to be able to see women. Hey, some men are okay with the idea, and he’ll be there waiting for you when and if you come back to him. However, there are of course some risks with that scenario.

If you think you aren’t now, nor will you ever again be attracted to your husband, the best thing to do is to move on with your life. Imagine how he would feel if he finds out ten years from now that you were faking it for half your marriage – it wouldn’t be pretty. The divorce will hurt for awhile, but it won’t hurt as bad as the shame of being lied to.

By all means, you’re going to do whatever you feel is right in the end – but lying to the people you care about is a cruel way to handle your business.