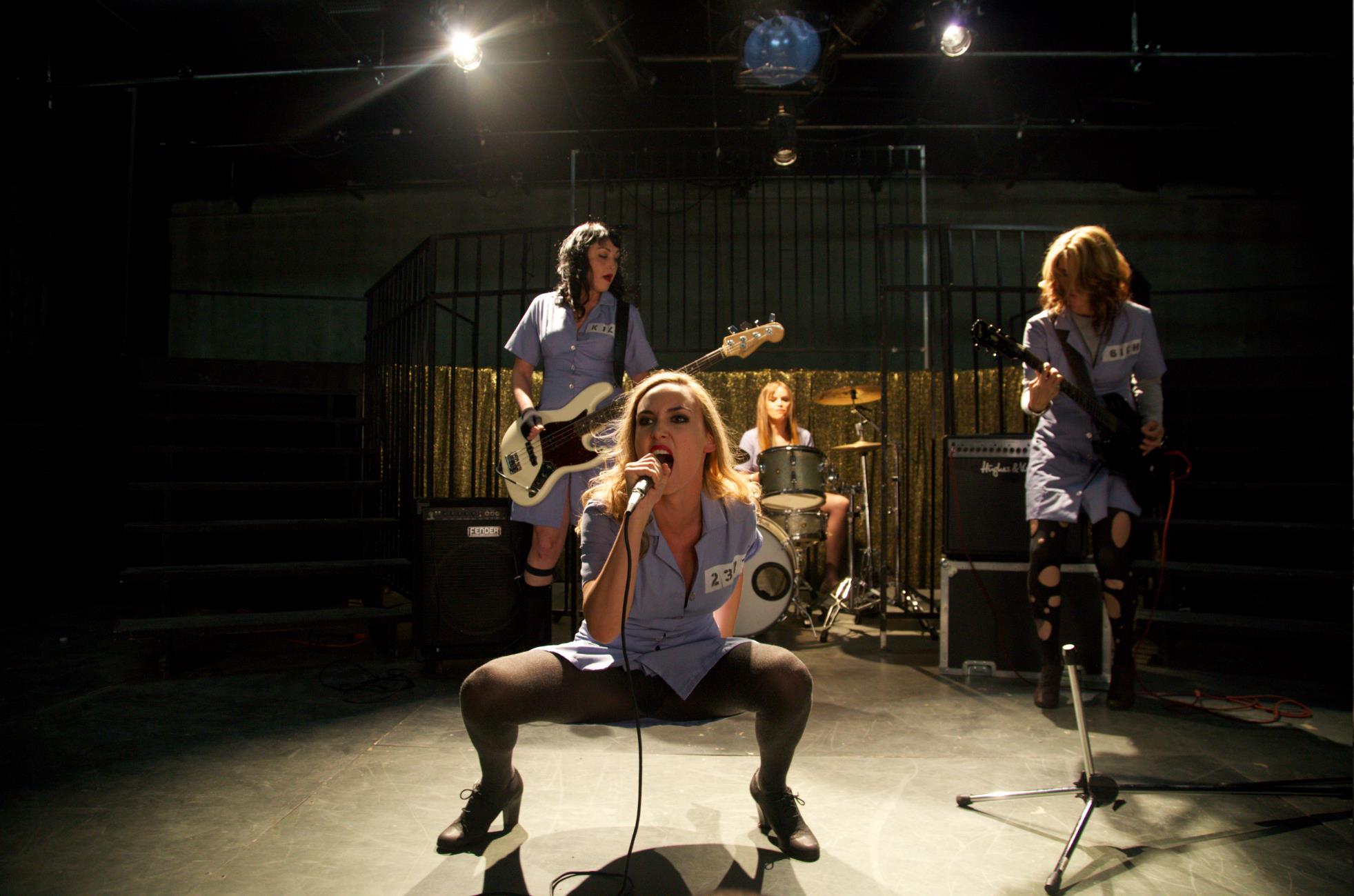 Patiently awaiting for Orange is the New Black‘s return? The third season of Netflix’s hit prison drama/comedy has finished filming but with no release date for it confirmed, we may be waiting a while for Alex, Piper, Nicky, Big Boo and the rest of the inmates to grace our screens once more.

Welcome Kittens in a Cage with open arms then as this new web series will be able to tide you over until Orange is the New Black returns – and this show may be even gayer than the Netflix hit too.

Set in the 1950s, Kittens in a Cage follows the story of June Matilda Butler’s time in the slammer as she’s sentenced to 10-12 years in Marquetta State Prison for robbing a bank. With all that time to ponder the rights and wrongs of her actions, June will also have plenty of time to shack up with other inmates or shake down her enemies.

Sadly, June’s main love interest Vickie (who is also her cellmate, just to complicate things) will have to try her hardest to win June over as another inmate, Jeanine is also vying for her affections.

Vickie tells Jeanine that “Junie ain’t for sale” and Jeanine even tries to steer June away from Vickie but as June is soon saying that her “heart’s all swole up for Vickie” you know which law-breaking couple you’ll be rooting for in the end.

You may also find yourself rooting for the other inmates too as, similar to OITNB, there are flashbacks when you find out just what landed June and her fellow inmates behind bars. Even when the crimes are so, so bad, you can’t help yourself from ignoring your moral compass for a second just to appreciate these flawed yet brilliant characters. Not every show gets that right and shows about criminals have more trouble pulling it off than most, so the fact that Kittens in a Cage is packed with lovable inmates is a real triumph.

You don’t have a great deal of time to fall for them all though as Kittens in a Cage‘s seven episodes only run about 20 minutes long, but with a great premise, a great cast (special guests include Joel McHale and Felicia Day) and enough queer content to set your heart aflutter, it’s absolutely worth it. You can rent all seven episodes of Kitten in a Cage for a week for $10.99 or buy them for $15.99 from TV 4 and Vimeo on Demand.