We’ve Been Dating For Months, BUT She’s Not Prepared To Call Me Her Girlfriend 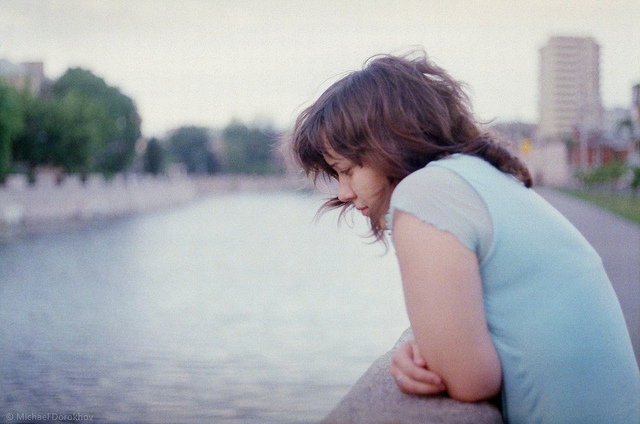 Q: We’ve Been Dating For Months, BUT She’s Not Prepared To Call Me Her Girlfriend

I’ve been seeing this girl regularly for a month now, and things have been going well. We’re both enthusiastic about getting to know each other, doing cutesy & intimate stuff, etc. I feel so comfortable with her, and she’s respectful and understanding, so I want to extend the same and more to her.

I really like this girl, so I talked with her about where our relationship was going, explaining how I wanted to make it official with her. She didn’t give me an answer one way or another, instead telling me that she has daddy issues which affects the way she dates people (she’s bisexual btw). She said she typically looks for boys who resemble her (late) father, so she wasn’t sure if a romantic relationship with a girl was for her since it was so different than what she was used to. Finally, she said, “I can’t have a girlfriend. It’s just not what I’m comfortable with.”

But! Here’s the kicker. She also told me that she likes me a lot, is attracted to me and “doesn’t want to lose” me. She essentially treats me like her girlfriend, but seems hesitant to make it official.

I’m not sure what to make of this. I’m the first girl she’s been involved with romantically, so I get that much. We still talk and hang out with each other. Even after we had that discussion, she initiated cuddling and then kissed me, which surprised me since I was confused by what she said earlier.

Do I wait? I want to be with her and she seems to want the same, but she tells me otherwise? Help…

Nowadays, with everyone trying to “keep it simple” and casual, it’s making stuff so much more complicated. People are afraid to express their feelings because they’re afraid of getting hurt. But often, they’re hurting someone else by doing it – and it might even be worse because it’s unintended.

In your lady’s situation, it’s even more complicated because she’s not certain of her own limits. She knows she likes being with you, but she doesn’t want to set herself up for failure by throwing a label on things. If she’s not comfortable with labeling it you really have two choices:

Let me give you a little example from my own life, as I think it might help.

My current partner and I met on very strange terms. I was reeling from some issues in my past (which were much more recent at the time). I didn’t want to put a label on things because I wasn’t absolutely certain that I could be monogamous. I’m not a cheater, and I would never intentionally put myself in a position to be tempted. Since I was sort of seeing someone else when I met my partner (unofficially), I refused to label either scenario.

The other girl I was seeing wasn’t really relationship-bound, no matter how much I wanted it to be. I was willing to give her my everything, but she wouldn’t settle down with me. You can’t force someone into a relationship they don’t want to be in, which is why I took my now-partner up when she asked me on a date.

From the start, my partner treated me like a queen, and even called me her queen. After a couple of months, I was mostly confident that I was really only interested in being with the second girl. I went to see her every weekend, I texted her from work, and I basically planned my week around when I got to talk to her. (After we had both taken care of our other priorities, of course.) I very rarely saw the other girl, and after a while my attraction to her completely waned.

Even though she had been pestering me about it for a few months already, “Are you ready to be my girlfriend yet?”, and I wasn’t seeing anyone else – I wasn’t ready to put that label on what we had. It wasn’t until I realized that it wasn’t about not having anyone else to want – it was about not wanting anyone else. There’s a very subtle difference between the two. (I think you might be at this point, but your lady friend isn’t quite there yet.)

Then one day, I asked her to be my girlfriend. She waited for me, and she showed me that I was worth waiting for. Since it was “my fault” we weren’t official already, I took the initiative. I apologized for making her wait so long. Inwardly, I was so thankful that she put up with me when I was unsure of myself. Your lady won’t necessarily take this same approach, but if you are patient with her, I do believe it will work in your favor. It seems to me like she does really care about you, and she probably just isn’t ready to promise herself completely to you.

Give her time, if you can handle the wait. What’s the rush?