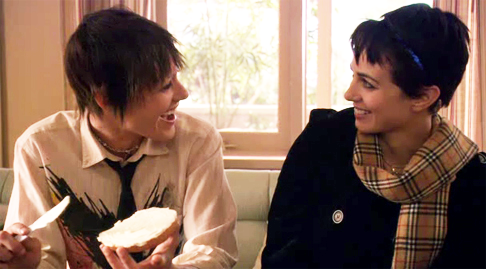 I met someone new last month, and we’ve been seeing each other and sleeping together. However, last week in conversation, we found out we were sleeping with the same woman around the same time as each other. And she was actually this woman’s girlfriend, and I was the one her ex was cheating with (which I didn’t know about).

Since then she has wanted nothing to do with me. She sent hateful messages to her ex, which included me in, and now the ex is sending me hateful messages back. She says I’m playing games, which I’m not. I don’t know what to do. I actually really like this woman. We got very well. I had no idea who she was before we met, but now everything is such a mess. How can I fix this?

Hello reader! This is a particularly rough situation you’re in, and I have been in a similar situation before. I was dating this woman a while back, when I was a teenager, and found out after we’d already broken up that the guy I was told was her “brother” was actually her “fiancé”. This was relayed to me not by the guy, but by a roommate of theirs, who knew about both situations and unfortunately didn’t do anything to help it until it was no longer an issue – and I almost got in a fight over the misunderstanding. (In my situation, the couple stayed together after we broke up, and this guy was absolutely livid. Me telling him that “she kissed me!” did not help anything.)

It’s really tough to recover from this situation, because for some reason, our society places the blame on the girl on the side, whether they were aware of the situation or not. I think in most cases, if a woman knows she’s going to be a side chick, she won’t enter the situation – but there are some women who pride themselves on being “homewreckers”, and they give a really bad name to anyone who’s ever truly been in that situation on accident.

For those of us who don’t actively want to be in that situation, though, it feels horrible. Not only do we have to deal with being betrayed, but also with betraying someone else. Even when it’s unintentional, the situation can really mess with someone’s head.

I’ve been the person who was cheated on, too, and honestly it’s hard to not jump to the conclusion that both of the other people are at fault. Even if less than 10% of “side chicks” know they’re side chicks and choose to pursue it anyway, we place the blame on both. Sometimes we even choose to shame the person who really didn’t know any better. We want to trust our partners, and when we’re hurt, it’s instinctive to try and blame the outsider first. It’s not right, but it is common.

Unfortunately, I can’t think of a single way to fix this situation except to cut contact. You did seriously hurt this woman, even if it was completely unintentional, and that’s something that she’s going to have to get over in her own time. You can’t magically make her get over it, nor should you. People need time to heal, and pressure from external forces makes it take even longer.

Does your phone (or service provider) give you the option to block calls and texts from a specific number? It might be necessary to block the cheater – on your phone, and social media, if applicable. Whatever ways she has to contact you, cut all communication with her. You might want to leave the lines of communication open with the woman you’re interested in now, and that might not be a bad idea – she probably will eventually know that you didn’t know, unless of course the cheater is spreading lies. (There’s not really any way to stop this from happening.)

You can try to express your apologies to this woman, and explain to her in great detail that you were just as hurt to find out about the situation as she was. As stated above, this won’t necessarily help right away, so you will need to be patient. She might not ever forgive you, and you need to be aware that this is the possibility.

What I feel is a more likely scenario, though, is that she’s just hurting from the revelation that she’d been cheated on. It takes time to get over an infidelity, even if you’re not made aware of it until you’re no longer involved with the person. I’ve been there, too – someone who I broke up with for entirely different reasons turns out to have been cheating for the last few months we were together. You blame yourself, you blame the cheater, and you blame the person on the side.

Over time, the person who’s been cheated on will realize that there’s really only one person at fault here: The cheater. That doesn’t necessarily mean that she’ll want to be in a relationship with you when she gets to that point, though. People process their pain in different ways, and there’s no way for me to predict how she will react, unless she writes in for advice. (Sorry!)

I have addressed the perspective of actually being the other woman before, here, if you’d like to read that, although every situation is a little different, of course. The best advice I can really give you is to forgive yourself – and whoever can’t forgive you for being used really isn’t right for you. Essentially, you were cheated on, too – you thought you were her one-and-only, and you weren’t.

It does make it extra complicated if you’re attracted to the other leg of the triangle. I’ve never been in that exact situation, but I do know that you shouldn’t be held responsible for a situation you’re innocent in. It would be the same as if you blamed her for the cheating. You’re both innocent in this. The cheater is the one who should be punished (metaphorically speaking, of course) and I feel that, in time, she will probably see this. Just give her time and space, and if you still feel the same way about her when she comes to her senses, give it a chance then – but make sure you’re both clear that you start over at square one.

She can’t reasonably blame you for things that happened before you knew each other, whether they accidentally involved her or not. Keep your chin up, and know that you did nothing wrong.