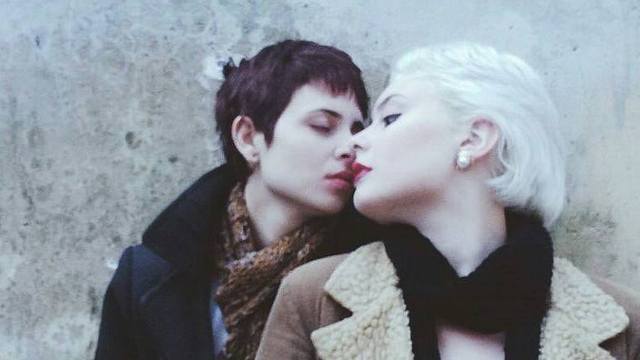 Polyamory comes in all shapes and sizes. Some people treat polyamory like an open relationship with a “don’t ask, don’t tell” policy, while other people give their partners a run-down of the people they’re sleeping with.

Then there are families. Families are for people who like their partners to all know each other and, in some cases, all be sexually involved.

If you’ve read Is Polyamory Right for You and Your Girlfriend? or 15 Signs You Might Be Polyamorous, then you’re probably familiar with the first two scenarios, but what on earth is a family? (And how do you maybe get into one?)

Every poly family is a little bit different.

According to a recent study, 9.8 million Americans have experimented with an open relationship, and 5 percent of Americans (15.9 million people) participate in ethical non-monogamy.

There are as many different ways to do polyamory as there are polyamorous people. Some throuples are comprised of three equal partners, while some families are organized like a family tree, with one couple being primary (most important) and other couples in the tree considered secondary.

In dom-headed families, the family tree gets even more complex. One dom (dominant partner) named Fyre recently broke down her own system of partners. She and her primary partner, Angel, define their relationship as master-slave: Fyre decides everything about Angel’s life, from what Angel eats to what Angel does for a living. Fyre’s secondary partner, Dane, has a little more freedom; Fyre doesn’t control where he works, but she does control all of his sexual activities. Her tertiary partner, Puppy, isn’t a sexual partner; in fact, Puppy has a separate boyfriend but comes to Fyre for power play.

Get ready for rules, lots of rules.

Some people turn to polyamory looking for a sexual free-for-all where they can have sex with anyone they want all the time. That’s not true, especially in families – and yes, you can still cheat even if you’re polyamorous.

In most poly families, every member of the family has to give permission for another member to sleep with someone outside of the family. And many families require new members to provide medical records to prove that they don’t have STDs.

If you enter into a polyamorous family, be ready to live by the rules and engage in open communication.

Fyre and Puppy don’t have a sexual relationship, which is a core tenet of polyamory: In polyamory, partnership can look like anything, from throuples to queerplatonic relationships.

Just because you’re in a family with someone doesn’t mean that you want to sleep with them. Some family members are just there for companionship or for non-sexual power play. Broaden your idea of what partnership can be.