What Your Underwear Says About You 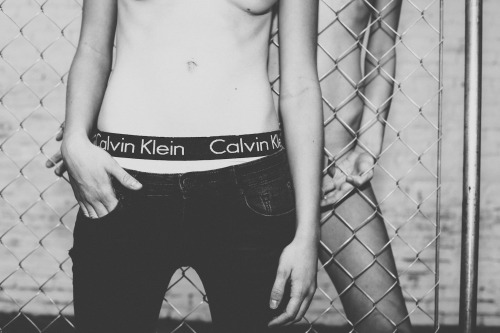 Do you have a favorite color? Most people do. Sometimes, we even subconsciously associate our fashion choices with our moods – such as, you might wear cheeky boy shorts when you’re feeling fun and playful, or “granny panties” when you’re feeling boring and blah. But the truth is, the color of your underwear can say a lot about your overall personality – as well as who you are in the bedroom.

Don’t believe me? Take a peek at your own undies and see if our descriptions match up! These are bound to change from one day to the next (assuming you change your underwear every day) so feel free to check back tomorrow, too!

Black underwear has long been associated with sexuality. Like Bianca said in 10 Things I Hate About You, “You don’t buy black lingerie unless you want someone to see it!” While that isn’t true every time you wear them, black underwear definitely has the power to make you feel… Well, powerful! It’s a great choice for shy women who want to add a little confidence, too – you’ll feel like you can take over the world.

Red is the undisputed color representing love, sex, and passion. Not only will it make you feel sexy, but it’ll make you feel strong, too – such a powerful combination! Red underwear sinks into your soul and tells you that you can totally do this – ask that woman out, like, yesterday. If you need a little boost, pick a pair of red underwear and make it a stronger day.

Orange represents enthusiasm, so orange underwear channels influences from the happy yellow and the sexy red – causing the wearer to feel energetic and highly stimulated. We don’t often see orange underwear, but if you don’t own any, it might be a good idea to get some! (Keep in mind that darker shades of orange may make you feel anxious and emotionally cold – stick with bright or pastel oranges for the best results.)

There is a strong association between the color yellow and happiness. While very few people name yellow as their favorite color, it’s the color of sunshine, daisies, and smiley faces – what could be happier than that? Yellow underwear is cheerful and happy, and helps the wearer to grab the attention of those around her.

Green underwear can give a sense of calm on the days that you’re feeling anxious. It’s long been known that certain shades of green are very beneficial to your overall mood, and green underwear can help you feel like you are in control of your stresses. (Let’s be real – that’s what we all want!) Lighter shades of green will help you center and find your focus, and might even help to keep you grounded with your place on the earth.

If you’re drawn to pulling out the dark green underwear first thing in the morning, it might be your mind telling you that you need to balance yourself. Darker shades of green are calming and earthy, and while they share many of the same characteristics as lighter greens, they’re best at soothing and harmonizing your life.

Blue underwear is another one of the “calm and peaceful” colors you can wear. Different blues will have different effects, and the same shade can differ in meaning to different women – so be careful with your choices! In general, light, warm blues are the best for improving your mood, while cooler blues may aggravate your stress. (However, blues in general are psychologically associated with their ability to calm, so make sure you find a pair that works for you.)

Purple, in general, represents power. Did you know that in the middle ages, peasants weren’t allowed to wear the color purple, because it was considered regal? (OK, so there are a few other colors they weren’t supposed to wear, either, but when you see the color purple, you generally think of luxury, right?) Your purple underwear will allow you to feel seductive and exotic. This color screams passion and romance, and the darker shades will inspire your inner flirt. Let her out – it’s time for some playful banter!

Light purple underwear tends to be associated with wisdom and strength. These undies will be calming and happy, and will probably inspire you to do good. If you pick the right shade, it’ll also make you feel elegant and beautiful.

For those of you who may be a bit shade-impaired when it comes to colors (what’s the difference between red and crimson and scarlet, anyway?), maroon is a mix between red and purple that helps boost your confidence and make you feel extra sexy. While the color is a little less bold than brighter reds, that doesn’t mean it’s any less powerful – maroon underwear is great for the days you want to combine the best of the reds and the best of the purples.

For women who like pink, it represents excitement and girliness. There’s a great deal of difference between the softer shades (which inspire a sense of calm) versus brighter neon shades of pink (which inspire energy and fun). No matter which shade of pink you choose, your undies are definitely going to make you happy!

The effects of your patterned underwear will vary, depending on what the pattern is. Flowers, for example, will make you feel feminine and romantic, while animal prints will make you feel bold, sexy, and exciting. I find it’s always great to wear some patterned underwear when you’ve been having a rough week – sometimes just knowing you’ve got something wild on that no one can see is enough for a boost that lasts all day.

Grey is, in general, a boring color. Most people don’t particularly care for it (it happens to be my favorite color, though) – so they’ll avoid wearing it. Darker shades of grey can make you disinterested, unenergetic, and basically down. If you choose a lighter color, though, your grey underwear can help lift your mood. The perfect shade of grey should be just far enough off white to not be white. When you choose the right ones, you get to pick up on the clarity of white underwear while remaining under the radar.