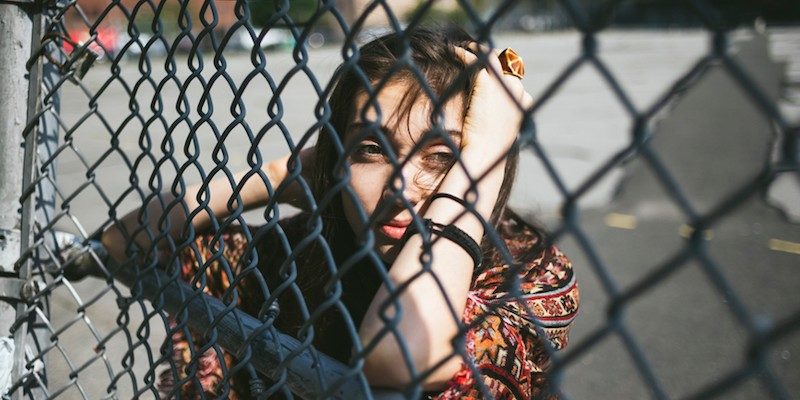 I’m a strong advocate for the “friends first” approach to relationships. If you can’t be friends with someone, what are the chances that you’ll really make it in a relationship? I know there are some who don’t agree with this philosophy, and even some who argue that your partner shouldn’t be like one of your friends – but I’ve never really been able to wrap my head around that.

The problem with my approach is that sometimes, you fall for the person you never intended to have a relationship with – the person who was your perfect platonic soul mate. The relationship is wonderful – you have everything in common, and the sex is incredible – but then things happen and one day it’s not so great anymore.

What do you do when someone you’ve been so close with for so long suddenly isn’t there for you like that anymore?

When I was 18, I began dating a girl who I had literally known my whole life. We were born on the same day, in the same hospital, and our parents had been friends long before our birth. Once upon a time, we shared everything – clothes, music, life goals, the works.

Then one day, I found myself crushing on her… Hard. I confessed my feelings to her, and she confessed a bit of curiosity as well. I knew that she had some issues in her path that would no doubt make the relationship difficult. But I told myself, “It’s different with me. It has to be.”

But it wasn’t, and we didn’t date for very long. I still cared a lot about her, but I wasn’t willing to deal with the things that were a requirement for her in a relationship. I required exclusivity and monogamy, which were things she had long told me she was unwilling to provide to a partner. I had assumed things would be different because we had such a long history, but the truth is, you can’t expect to be the exception, or you’re going to get hurt.

That doesn’t mean that there’s anything wrong with her, or anything wrong with me – just that we weren’t a good fit for a romantic relationship. Unfortunately, being 18 years old at the time, I didn’t see it that way, and I lashed out a bit. I made some unwise choices and found myself (ultimately) paying for my bad choices, while she seemed to have suffered no consequences for it – and that only made things worse.

I spent a good deal of my time trying to force myself over her, so much so that I began to resent her. Inwardly I knew it wasn’t her fault that I had overlooked everything she ever told me – but it was easier to place the blame on her than to take responsibility for my poor judgment. I was a mess, and I thought it was all her fault. (It wasn’t.) After awhile, I began to think it was all my fault. (It wasn’t.) The truth is, relationship problems aren’t ever all anyone’s fault – regardless of the specific problems you may face.

I’d like to think that we’d still be friends today if I hadn’t professed my feelings to her, but I know that’s probably not true. She made some shady choices in the time since we broke up, and we had naturally grown apart. It’s not easy to maintain a friendship over an entire lifetime, after all, and I know I’m not a perfect person either.

Do I judge her for some of her past mistakes? Sure I do. Does she judge me for some of mine? I have no doubts. Does this mean I shouldn’t have told her how I felt? Absolutely not.

If I had never told her how I felt, I would never have truly moved past those feelings. It would have been this thing at the back of my mind for the rest of my life, and would have potentially sacrificed other valuable relationships whenever this friend came into the picture. Plus, it would have hurt to keep it bottled up.

The fact is, “best friend” love is tough to recover from, because we often form such a tight bond with the person before we even consider the possibility of loving them. This bond, mixed with any sexual chemistry you may find, provides a much deeper love than your average casual relationship. (Although, it is important to realize that this type of “best friend” bond often comes with time over the course of a meaningful relationship, too, but the fact that your BFF was your best friend first makes it extra hard to go back to just being friends.)

Ladies, I urge you to discuss your feelings when they become necessary. Bottling things up doesn’t solve anything, it won’t make them go away, they just breed and grow in the dark like bacteria. (I’m not much for feelings, can you tell?) Whether you choose to explore those feelings with the friends they pertain to is a matter of personal choice, but she could really be the love of your life. You’ll never know if you don’t explore it.