Why It’s Toxic To Hold Out For Your Ex 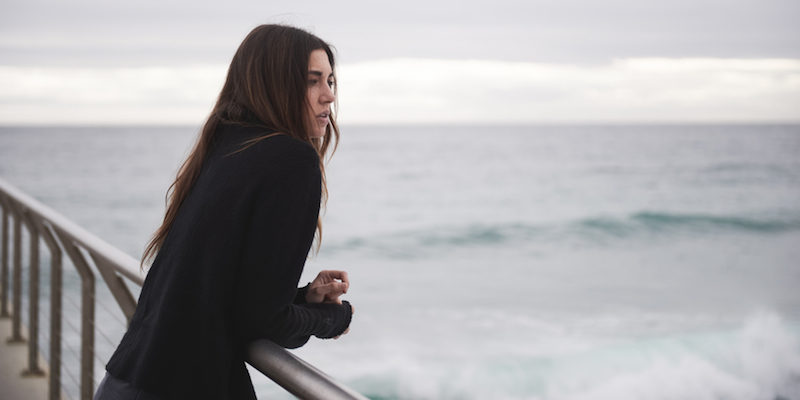 We’ve all been there – that one person you don’t want to give up on. We need to realize that this is probably not the healthiest approach to our love lives.

Every now and then in every woman’s life, there’s going to be one (or more) partner that you just can’t get over, despite knowing internally that you should. The relationship has ended, but you’ve still got feelings – often understandably so. Our inner “hopeless romantic” may tell us that this relationship is “meant to be”.

We may be worried that we’ll never find anyone who’s as good of a fit as this woman was. These are both flawed thought processes that can lead to a number of problems down the road.

Often times, holding out is simply holding onto false hope.

We like the idea of waiting for an ex because, in a way, it’s romantic. The relationship was over, but the love wasn’t. This is a cute idea, when it happens in movies, but the reality is when the relationship is over, there’s usually a reason.

Sometimes these reasons aren’t apparent to us, and other times we don’t agree with the reasons. In theory, these issues aren’t a problem – the problem is when you ignore the logic and reason laid out and instead sit back and wait for them to change their mind.

Sometimes we make mistakes, and breaking up with someone may very well be one of them. But you can’t determine, on your own, that the break-up was a mistake – there are, after all, other parties involved, and if you don’t both want to be together, the relationship won’t work.

It can be emotionally damaging to learn that you’re not “the exception”.

Internally, we all know that it’s best to not assume we’re the exception to the rule. That’s a simpler idea in theory than it is in practice, however, and if we expect that the situation isn’t as it appears, we can be devastated when we find out that it was, in fact, completely transparent.

I personally have been a victim of “exception thinking” on multiple occasions. I assumed that it would be different with me than it was for others, and… Well, you know what they say about assuming.

It can distract you from other, potentially better relationships.

If you’re holding onto your ex long after the break-up, it can remove you as an option in the dating pool. While we tend to consider ourselves off the market when this happens anyway, the truth is you’ll never know if the girl you’re ignoring could be “the one” for you.

If you reject someone simply because they’re not the person you’re holding out for, you could be missing out on a wonderful possibility.

Of course, it’s also possible that the woman pining for your attention now is worse than your ex, but you’ll never know if you don’t consider it a possibility. Some relationships don’t have the greatest outcomes. But some are wonderful.

There’s a reason the relationship ended.

Chances are, if you’re still in love with your ex, these reasons will seem “wrong” to you. Your nostalgia will put you on the path to remembering only the good times and ignoring the bad – which is fundamentally flawed in its own way.

You’ll need to remember the specific reasons why you broke up. If it was something your partner did, remember that this behavior isn’t likely to change simply because it’s been brought to light – she will have to actually consciously work on the problem in order for it to not be a problem in the future. That’s not to say that people don’t change, but they don’t change overnight and they certainly don’t change without effort.

On the other hand, if the problems leading to the relationship were due to your indiscretions or flaws, you’ll need to fully evaluate them. Just as with your ex, you won’t change simply because you’re aware of a problem.

If it’s something you have no control over (or only limited control), your ex isn’t likely to be satisfied if these criteria aren’t met. If it is something in your power to change, you’ll have to decide whether you’re willing to do so in order to begin working on it.

And, of course, if it’s something like dishonesty or unfaithfulness, these may be components of your personality that make you poorly suited to the particular relationship.

The right person may be out there without you having to change anything about yourself – but this is something you’ll have to evaluate for yourself.

The right person is out there for everyone – but if you and your ex have broken up, chances are, that relationship wasn’t as “meant to be” as it may have seemed in the beginning.