How Will Donald Trump’s Victory Affect Our LGBT Rights? 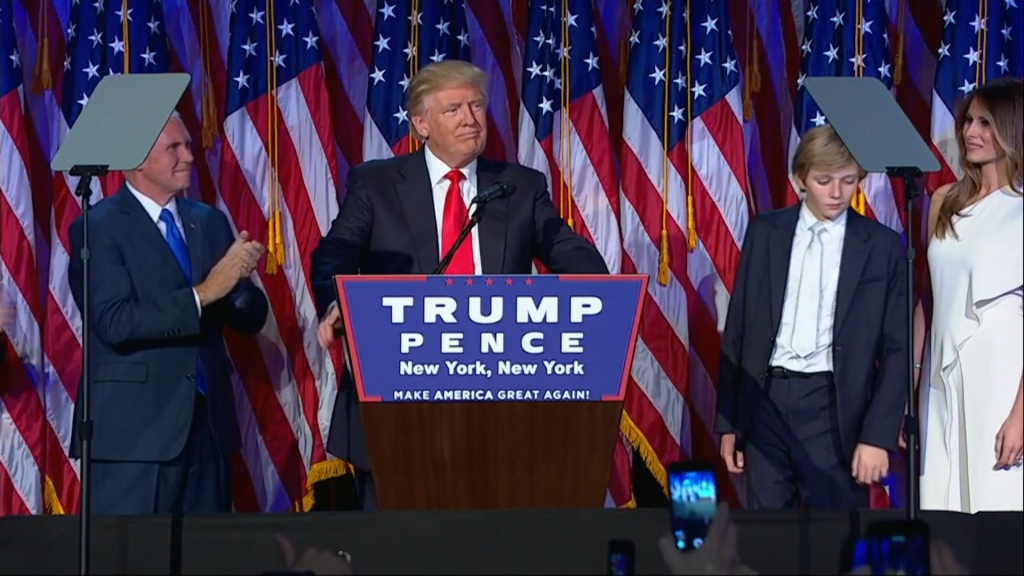 Many of us have woken up this morning to the news that Donald Trump is the president-elect.

But what does a Trump presidency mean for same-sex marriage, and LGBT rights in America?

When Trump takes office in January, the GOP will be in full control of both the executive and the legislature for the first time since 2005.

Trump has flip-flopped on his views on LGBTQ rights since he first contemplated a run for the presidency in 2000.

Sixteen years ago, he declared “the institution of marriage should be between a man and a woman.”

Since then, Trump has continued to state that he does not believe in “non-traditional marriages,” implying that he doesn’t support LGBTQ rights in general.

He definitely doesn’t agree with the Supreme Court’s 2015 decision to make same-sex marriage available across the country, as he’s stated that he believes the question should be left up to the states.

Trup told Fox News in January, “I wish that it was done by the state. I don’t like the way they ruled“:

I disagree with the Supreme Court from the standpoint they should have given the state — it should be a states’ rights issue. … This is a very surprising ruling. And I — I can see changes coming down the line, frankly. But I would have much preferred that they ruled at a state level and allowed the states to make those rulings themselves. … If I’m elected I would be very strong in putting certain judges on the bench that maybe could change thing, but they have a long way to go.

During the Presidential debates, Trump confirmed that he would appoint justices in the mould of the late Antonin Scalia, who opposed the decriminalisation of sodomy and penned a blistering dissent against the equal marriage ruling.

His running mate Mike Pence has already confirmed a plan to dismantle Barack Obama’s protections for LGBT people, as part of an ‘immediate’ review of executive orders issued by President Obama.

Pence previously suggested that HIV prevention funding be drained in order to fund state-sponsored ‘gay cure’ therapy, and earlier this year appeared unable to answer when asked whether it should be legal to fire people because of their sexuality.

Likewise, the Republican victory confirms that the Democrat-backed ‘Equality Act’ – a bill that would amend the Civil Rights Act of 1964 to finally outlaw discrimination based on gender identity and sexual orientation on a federal level – is now effectively dead in the water.

Trump has affirmed his support for local state anti-transgender laws, though he does not have a declared national policy on the issue.

Yet despite all of this, Trump has promised to protect the LGTBQ community from terrorism – as he declared during a speech after the Orlando shooting… whatever that kind of promise means.

Given his inflammatory statements about depriving Muslim Americans and women of their rights, you’ve got to wonder whether he’d actually keep his word on any promise to protect queer individuals.

3 thoughts on “How Will Donald Trump’s Victory Affect Our LGBT Rights?”