Women Are Charged More For Almost Everything, Suggests New Investigation 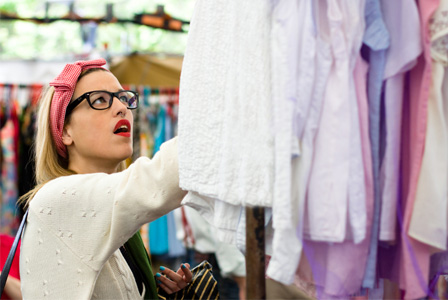 At the hands of the patriarchy, women already have a tough time. Not only are women passed over for jobs (despite being more than qualified) and paid less for doing the same work as men, but women are also subject to ridiculous standards, dehumanised and verbally abused just because of their gender.

But that’s not all, as we can now add ‘women are charged more for almost every product’ to that troublingly long list.

That information comes from The Times which recently investigated, analysing “hundreds of products”.

A women’s pair of Levi’s 501 jeans also costs (on average) 46% more than a men’s pair, despite having the same length and waist size.

Even worse, is at Argos, where the pink version of a child’s toy scooter cost £5 more than the blue version.

While the retailer released a statement to BBC Newsbeat explaining that the pricing was an “error”, vowing to change the price, given that just one of the products The Times analysed (underwear) cost more for men than for women, many will struggle to believe that Argos didn’t price those products as such because of gender bias.

Some would argue that sexism isn’t the only issue here as it’s also problematic products that are blue and pink are gendered as male and female and we should be working to dismantle such limited, binary thinking.

However, for now it should be considered a win that the investigation has gotten attention from those in power.

Conservative MP Maria Miller, who heads up the women and equalities committee says that…

… it is unacceptable that women face higher costs for the same products just because they are targeted at women. Retailers have got to explain why they do this. At a time when we should be moving towards a more de-gendered society, retailers are out of step with public opinion.”

It’s yet to be seen how the government will tackle this issue (it’s certainly not the first time it’s been brought up) but we’ll keep you posted on any new developments.

PrevPreviousWomen With More Tattoos Actually Have Higher Self-Esteem, Suggests New Study
NextFather Arrested For Attacking His Gay Daughter With A Knife After She Came OutNext