As Women We’re Less Likely To Get A Pay Rise When We Ask, Study Says 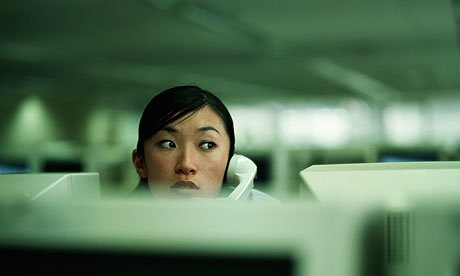 We’ve heard it plenty, that part of the reason women are paid less than men is because they’re less likely ask for a pay rise,

However, a new study knocks that theory out of the water.

The University of London has surveyed 4600 women across more than 800 employers, and reached a different conclusion.

Women do ask for salary hikes, but sadly the research suggests, they just don’t get them.

The study, titled Do Women Ask?, found women asked for wage increases just as often as men, but when their male counterparts ask for more money, their requests were 25% more likely to be met.

The research claims to be the first “statistical idea test of the idea that women get paid less because they are not as pushy as men”, and found no support for the theory.

Co-author and Professor of Economics and Behavioural Science at the University of Warwick, Andrew Oswald, said the research should force some acceptance that “there is some element of pure discrimination against women”.

Various ideas, including that women feared being less popular at work, have been offered to explain women’s apparent reluctance to ask for a pay increase, but fellow co-author Dr Amanda Goodall from Cass Business School said in study’s test of the “reticent-female theory”, the evidence just didn’t stack up.

When men and women were compared, controlling for hours worked and other variables, men were a quarter more likely to be successful, obtaining a pay increase 20% of the time. Only 16% of females were successful when they asked.

Workplace Gender Equality Agency (WGEA) director Libby Lyons explained that while previous studies have showed women tend to have less successful outcomes than men when it comes to pay negotiations, this new research suggested women’s appetite for negotiation is no different from men’s.

Lyons suggested “gender bias” was often to blame for women being routinely denied pay increases, and said employers could work to stop it.

Gender bias often underpins promotion, performance and pay decisions, For example, a perception that men are the family breadwinner and more deserving of a pay rise can influence pay decisions. By making criteria for pay increases and bonuses transparent, placing limits on managerial discretion and analysing pay decisions, employers can help address these inconsistencies.”

Lyons said the difference between women’s and men’s pay negotiation outcomes had “significant implications for gender equality in the workplace”, which was evidence in the lack of women in senior workplace roles and the persistent gender pay gap.

Only 27.4% of key management positions are held by women, along with just 15.4% of CEO positions, according to the WGEA’s gender equality scorecard released last year.