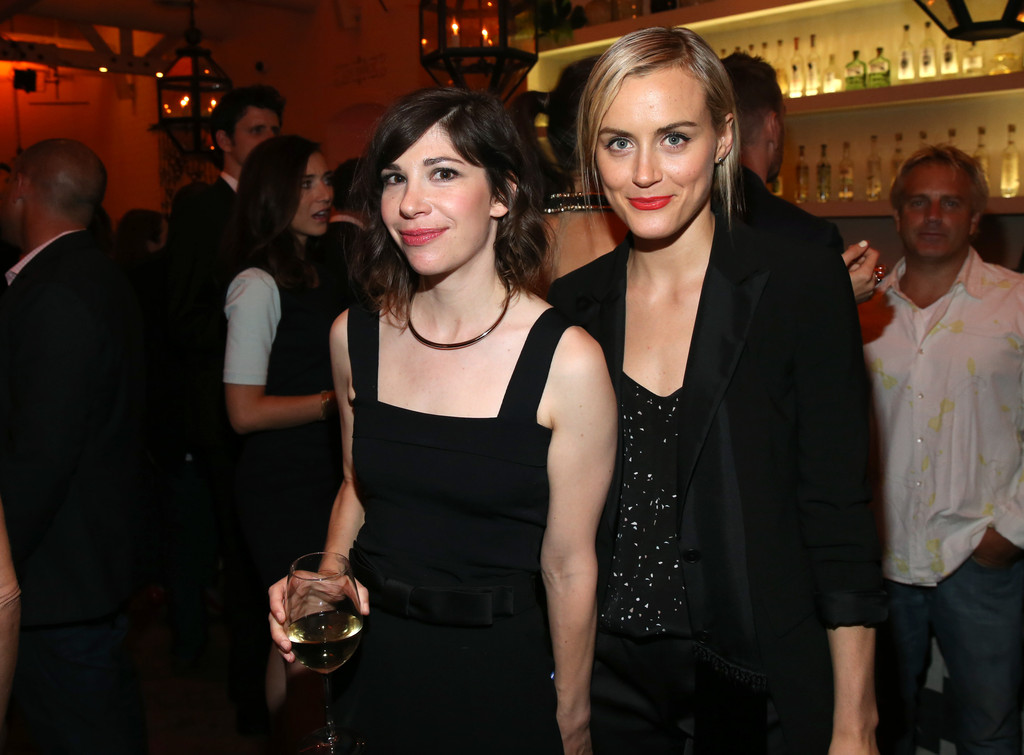 According to online sources, Orange Is The New Black star Taylor Schilling has apparently ‘switched teams’, and is now in a lesbian relationship with Portlandia co-creator Carrie Brownstein.

There have been rumours swirling for a while now, especially after Schilling was spotted by gig goers in London and Glasgow supporting Brownstein on tour.

However, according to Star Magazine, Schilling is officially dating Brownstein, and the ladies have gone public with their relationship, with an inside source dishing that there has “always been a spark” between Schilling and Brownstein.

“Orange Is The New Black star Taylor Schilling has taken a cue from her on-screen character and is no dating a woman. Taylor has been getting cozy with 40 year old Portlandia cocreator Carrie Brownstein. The pair, who have been friends for a while, recently took things to the next level and friends say that they couldn’t be happier. And the couple are wasting no time hiding their newfound love. Taylor was most recently spotted visiting Carrie in Portland, Oregon on March 15th, where fans spotted them out and about.”

So why the hell are we only just noticing? Autostraddle did posted a piece recently discussing the matter:

“Questions have been pouring in lately about these two, mostly because it flew under the goddamn radar for so long. While the universe exploded over the revelation that OITNB’s Samira Wiley was dating one of the shows writers, Taylor Schilling just strutted right into black-tie events on Carrie Brownstein’s arm, cool as a cucumber…”

OITNB writer Lauren Morelli, filed for divorce from her husband, and last year announced that working on the show helped her realise that she is actually a lesbian.

So, do you think that Taylor and Carrie Brownstein make a cute couple?