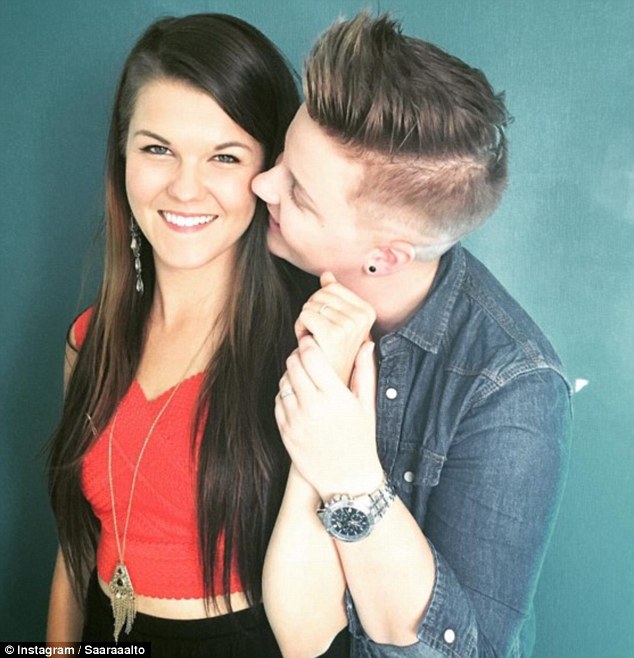 X Factor singer, Saara Aalto has spoken out for the first time about her decision to break up with her boyfriend. The singer decided to leave him after falling in love with a fan, Meri Sopanen.

The talented singer who has gotten through to the live performances, also represented her native country, Finland, in the Eurovision song contest in 2011 and afterwards she took part in the voice for Finland. This is when she met Meri.

My girlfriend – fiancée now – watched the show, liked me a lot and sent me a fan message through Facebook. She wrote, ‘I have never, ever sent a message like this to anybody, but I just had this intuition that I have to send this to you.’ I was like, ‘That’s so cute’, and thought, ‘What a nice-looking girl.’”

A year later they finally met up when Meri attended one of Saara’s concenrts.

Saara describes what happened when they finally met:

We started talking and realised we just shared the same view of life and everything.”

Saara, at that time, was still with her boyfriend, a fellow Finnish singer called Teemu Roivainen and they had been together for nine years.

Saara decided to part with her boyfriend and the two girls became a couple. They got engaged this summer after being together two years. Meri has now taken over as her manager. Saara said:

We are a very good team and I love to work with her. If we didn’t work together we’d never see each other.”

It seems that both girls are extremely happy both professionally and personally and we all wish her the best of luck in the X Factor.