Yay! Larry Won’t Be In Season 3 Of ‘Orange Is The New Black’ 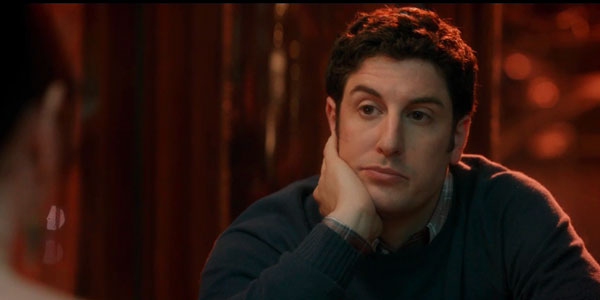 Netflix prison drama/comedy Orange is the New Black has captivated its queer female audience right from the off. Not only is the main character (Piper) a bisexual woman, but plenty of her inmates are queer women too and they frequently hook up, make out and profess their feelings about one another.

It’s hilarious and a real tearjerker all at once and having marathoned seasons one and two almost immediately after they were released (god bless Netflix’s ability to let us binge watch), we’re all patiently awaiting what will happen next. What we’re less keen to hear about however, is Larry, Piper’s male love interest.

However, there’s good news all round! Last season Piper and Larry tried to make it work, but he was finally done with her struggling to deal with the fact that she’d cheated on him with her drug dealing ex (Alex) who was an inmate with her in prison. After ditching Piper, he proceeded to shack up with Piper’s married best friend Penny, promptly boring us all to death.

Jason Biggs, the actor who plays Larry has now confirmed that Larry won’t be featured in season three at all.

“They’re not focusing on Larry at the moment. Larry will not be in season 3. But there’s always a possibility he can come back.”

Many viewers will agree that the show has taken Larry as far as he can go, plot wise. He was only really relevant as he was Piper’s love interest but now that she and Alex are sorting things out (or not sorting those things out, you never really know with those two) there is no reason for Larry to stick around.

The thorn in Piper and Alex’s side will, however, be replaced with a new inmate, played by Ruby Rose. There’s no word on exactly what antics she’ll get up to, but it’s said that she’ll capture the attention of both women and, given the fact that women are attracted to Piper and Alex like bees to sweet, sweet pollen, there’s potential for another love triangle to pop up here.

We’ll keep you posted on any more Orange is the New Black info once we have it.

PrevPreviousWhen It Pays To Be A Lesbian At The Oscars
Next‘Sisterhood of Hip Hop’ is Back, And So Will Out Rapper SiyaNext