Why You Stay In Your Toxic Relationship 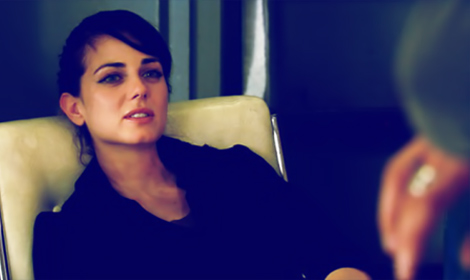 It’s hard to see what’s best for yourself when you’re invested in a relationship.

It’s not always easy to remember who you are and what you want. You can start to lose yourself and forget to make yourself and your happiness a priority.

There is a lot of sh*t we put up with because the pain certain relationships bring us is less intimidating than the pain of letting go of the person you love.

But why? Why do we stay in relationships long past their expiry dates? Is it simply a fear of being alone?

People have now been speaking out and explaining why they stick with their partners when they know it won’t last.

The love just faded away, not suddenly some sharp ping then ‘oh I don’t love you anymore’. One day I am doing the dishes and I realised I was happy because she wasn’t coming home tonight, working later again. I suspect she is seeing a work colleague, an old bf she still gets on with, they’d known each other for years before I came along.

The funny thing is I don’t feel angry or hurt or betrayed. There is just a gentle relief that she is happy and I am happy without her. I always thought I needed a relationship but now as this one bleeds out on the floor I just feel content to watch it gasp and die.”

Sometimes it’s not that the relationship has turned completely toxic, it’s just not happy anymore.

Someone asked why they didn’t leave her, to which they responded:

Emotionally I fear it’s like I’ve been slowly stabbed and if I pull at that knife everything is going to hurt so much.”

It’s a painful and powerful simile.

Others shared their experiences after having finally seen the light and ended their relationships.

A common situation in long-term relationships is where each person has changed, but they still care about the other:

The thing is, I know we love and care about each other, but we became different people than the people we fell in love with,” said one person who’d just ended a six year relationship.

For some people, it’s the external pressure from others who don’t realise a partnership isn’t as happy as it might seem.

We stayed together a year longer than we should have because everyone else thought we were a great couple and neither of us wanted to be the bad guy who ended the relationship. I also really liked his family.”

But another person pointed out that an outsider can never really know what’s going on in a relationship:

My sister thinks I have a dull relationship of convenience. In fact we are deeply in love, have great respect for each other and are very happy to be together for the rest of our lives.”

That’s not the case for everyone though, and one woman admitted she knows her partner doesn’t really love her: “She doesn’t love me, never has, and I know it. Didn’t stop me from falling in love anyway.

We keep going because I have no self-respect or self-control. And she is too lazy, and I’m too convenient for her to look elsewhere. We are best friends. It’s hard to draw the line when we always have such a good time together.”

Whether both parties are settling is open to interpretation.

You don’t have to justify why you aren’t happy anymore. It isn’t realistic to expect to be happy in every moment of your relationship, but as a whole, this person should make you happier.

He or she should make you feel supported and capable of doing whatever the hell it is you want to do. You should know that even though you don’t have control of every aspect of your life and things will fall apart, this person gives you stability.

They help you rebuild and gives you hope that things can be the way you think they should be.

If you don’t have that, is it really worth it?