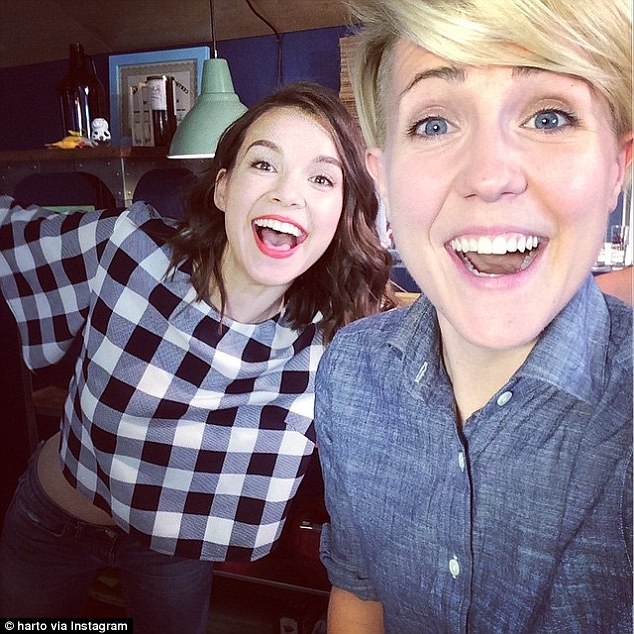 June last year Ingrid Nilsen made waves when she came out in this touching coming out video.

She then made YouTube waves when it was announced she was dating Youtube favourite, Hannah Hart Their relationship – shipped aka Hangrid – took the YouTube community by storm last year, and we all became highly addicted to their duet videos.

However, fans are now devastated to find out that their favourite couple is sadly no longer together.

Hart and Nilsen revealed the break-up in their own words on Twitter to make sure their fans knew that the split was not sad at all, but actually totally amicable.

In fact, the decision to part ways happened nearly two months ago (in January 2016) and since, the girls have formed an incredibly solid friendship.

Both also simultaneously posted a statement on their Twitters at 6.58pm. Hannah said the following;

Over on Ingrid’s Twitter, she shared a similarly emotional message;

As we all know, breaking up is hard to do, even when you’re not a couple of Youtube mega-stars.

But what is positive from this story, is instead of a nasty public break-ups (which we’ve grown accustomed), the pair represent a relationship-turned-friendship that ended in a healthy way by showing that falling out of romantic love does not mean people can’t still love each other as human beings.

We wish the best for these two as they move forward and, while we’ll miss them as a couple, we’re glad to see they’re still pals!