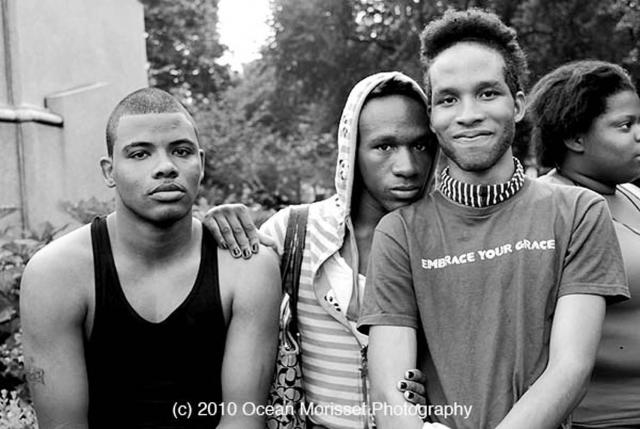 When I came out as a gay, Black, Latino, I didn’t fully know what that would mean. At the time, I was in an interracial binational relationship.

I could walk the streets of my East Harlem community with some general level of comfort because of my skin color. I could stroll through LGBT friendly neighborhoods with some level of security because of my orientation. But the moment my hands or lips would touch my partner’s, the attitudes of those around us would quickly change.

How can two gay men of different racial backgrounds be in a relationship? That’s often what I felt others implied with their confused or sometimes intimidating stares. No matter how subtle or obvious it was, I recognized early that my queer identity would always be uniquely influenced by my racial identity, and vice versa.

Yet as many queer people of color know, this can manifest in more dangerous ways.

Today, a lesbian woman will be discriminated against in a job interview because, though highly qualified, she wore a suit and tie and didn’t conform to gender stereotypes that were inauthentic to her truth. A transgender women of color, whose rich experiences could fill a novel, will try to have a conversation where she’s not being asked about the most personal and intimate details of her body—details others wouldn’t even think to ask a cisgender women. Today, millions of LGBT people across the world will wake up and watch their multiple identities collide, exposing them to unique experiences of racism, sexism, transphobia, homophobia, and biphobia that’s prevalent in our culture.

Throughout Black History Month, I’ve been reflecting on the importance of “intersectionality” in the LGBT justice movement. Intersectionality is a term used to describe the unique vulnerabilities LGBT people experience because of other parts of their identity including race, class or culture. Poet Audre Lorde and Civil Rights Activist Bayard Rustin, two visionary queer people of color, offered a powerful framework for this discussion.

“The barometer for social change is measured by selecting the group that is most mistreated,” Rustin often reminded us. The LGBT community is incredibly diverse and we are only as strong as our ablity to prioritize and elevate the needs of LGBT folks living at the margins.

“Any future vision which can encompass all of us, by definition, must be complex and expanding, not easy to achieve,” Lorde writes. As we look at the LGBT justice movement today, how are the diverse needs, faces, and experiences of our community showing up in our strategies, our funding priorities, and our leadership teams?

Making space for queer African Americans and other people of color in the LGBT justice movement is a powerful way to honor Black History Month. As Lorde and Rustin remind us, it deepens and broadens our collective power as a community, and truly creates a vision that can “encompass all of us.”

1 thought on “Making Space For Queer People of Colour”