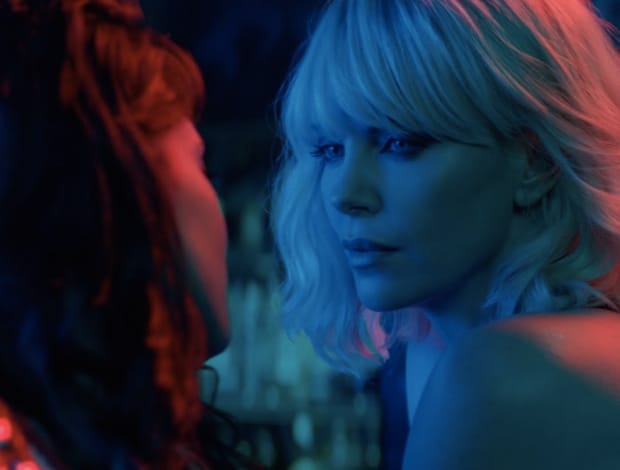 However, appearing on Watch What Happens Live with Andy Cohen, she opened up about her own bisexual experiences.

Discussing the new film, Cohen had asked her if she had personally “swam in the lady pond”.

Ooh! When I was young, yes. When you’re young you’re just kind of exploring it all. But it was pretty clear that I really like dudes.”

Asked about playing a bisexual character, she added:

Why not? It’s just so strange when we talk so much about it. It should be normalised by now. It’s something I feel is not represented enough in cinema… I feel that when you make movies, if you’re going to hold that mirror up and reflect society, then you should reflect society.”

In the movie, Theron instead of hooking up with male co-star James McAvoy, she has sex with another female spy, played by Sofia Boutella.

I just loved it, for so many reasons. The first reason, she said, was her “frustration of how that community is represented in cinema, or lack thereof. And also, it made perfect sense. It just suited her. It just felt there was a way through that relationship and the fact that it was a same-sex relationship to show a woman not having to fall in love, which is one of those female tropes.

It’s a woman; she better fall in love – otherwise, she’s a whore!”

This isn’t the first time Theron has played a queer character. In 2003 she played real-life mass murderer Aileen Wuornos in the film Monster, which earned her the Best Actress awards at the Oscars and the Golden Globes.