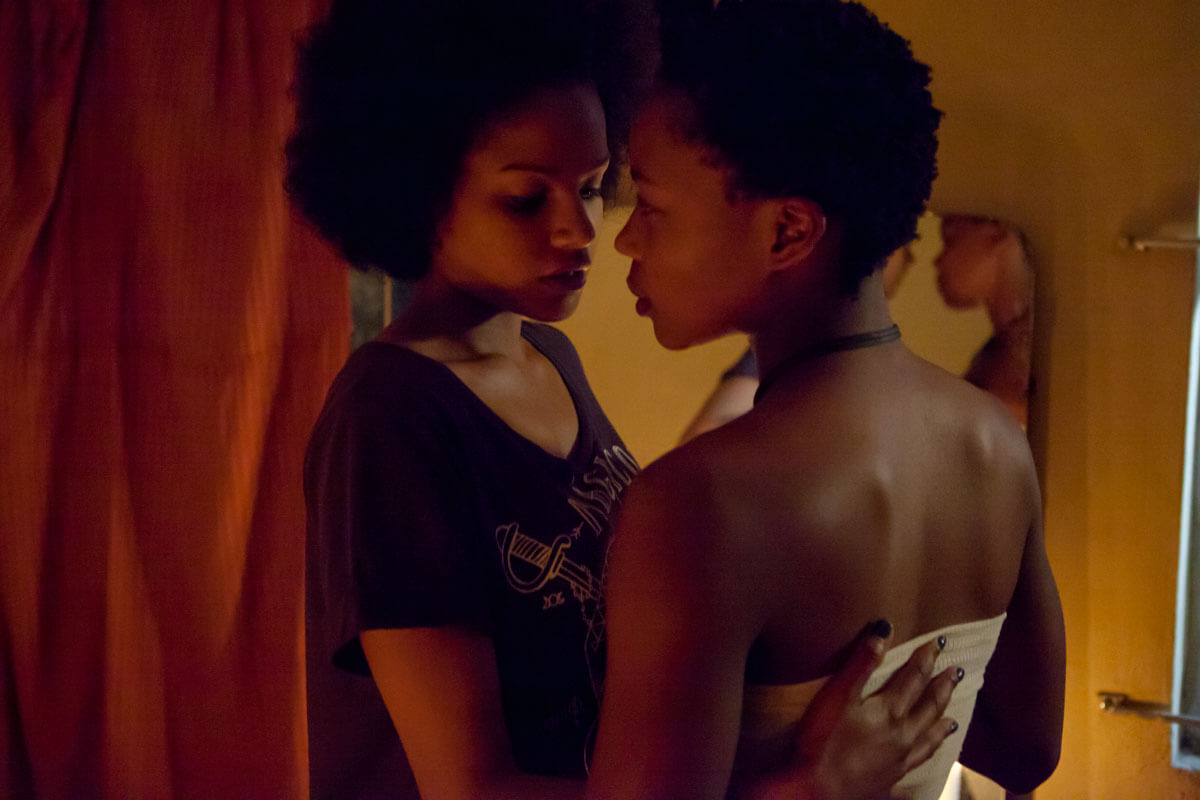 South Africa has a vibrant filmmaking scene, especially where LGBT movies are concerned. Grab a bowl of popcorn, snuggle up with your girlfriend and watch one (or all) of these amazing films.

While being LGBT is legal in South Africa, the situation is much more complicated for women. Queer women face the threat of corrective rape – men believe that they can sexually assault a woman into being heterosexual. This issue is well-known but not always talked about.

Lost in the World pulls back the curtain on this issue. The film follows a police officer seeking revenge for the brutal rape and murder of her female partner.

Even though the story centers around rape, the rape is not depicted, and the narrative is non-linear, which is deliberately confusing.

The filmmaker, Xolelwa Nhlabatsi, gives the reason why: “I didn’t want people to be comfortable watching this movie. I want you to feel Whitney’s character, I want you to feel this loss and this “What the fuck is going on?” thing all the time.”

The film debuted at the New Queer Visions Film Festival. Stream it here.

If you loved Lisa Ray and Sheetal Sheth in the international lesbian romantic comedy, I Can’t Think Straight, then you’ll enjoy The World Unseen.

Apartheid is just beginning in 1950s Cape Town, where South Asian women Amina and Miriam live. While Amina is a free spirit, Miriam is fiercely devoted to her family, to conservative values and to doing what is expected of her. After they fall in love, they decide to meet without raising suspicions by arranging driving lessons.

Despite the racist, sexist and homophobic society in which they live, Miriam and Amina realize that the only thing that makes life worth living is their love.

Check out the movie here.

This multigenerational story of queer South Africans twists and turns around itself, bringing several seemingly disparate storylines into one graceful arc.

An elderly gay man searches for one of his lost lovers, who is now a political heavyweight. An interracial lesbian couple find their relationship tearing apart due partly to race and partly to infidelity. Their adopted daughter, who is also the student of the elderly man, falls in love with a “tommy boy.”

Although paraded around Cape Town as the epitome of diversity, their daughter feels more like an experiment.