Last week, the Fox sitcom Brooklyn Nine-Nine dropped some big information about one of its characters during its epic 99th episode.

Queer fan favourite and tough-as-nails detective Rosa Diaz revealed that she’s bisexual and dating a woman, an experience made even better by the fact that she’s played by out bisexual actor Stephanie Beatriz, who’s openly advocated for her character’s queerness. 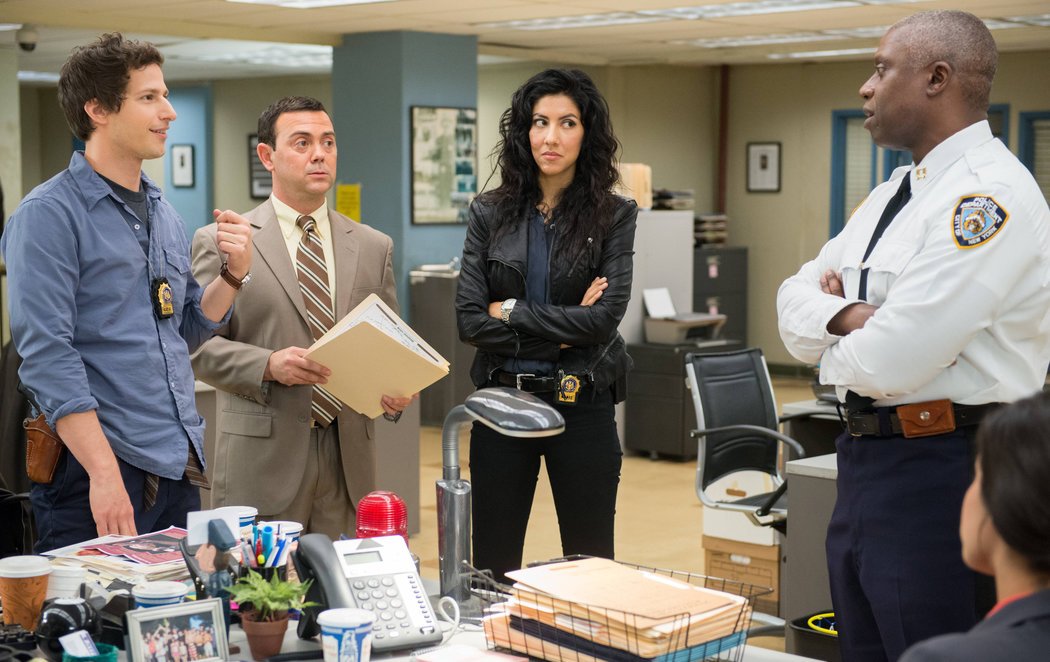 In episode, the notoriously tight-lipped, and emotionally guarded, detective revealed something significant to the ever-inquisitive Charles (Joe Lo Truglio). After he asked her why he heard a woman’s voice on the phone refer to Rosa as “babe,” she tried to throw him off the scent before finally sharing that she is dating a woman and that she is indeed bisexual. She also quickly brushed him off when he tried to be enthusiastic and supportive, only to later apologise, explaining she didn’t think it was anybody’s business and that she didn’t want anything to change. And while it felt therapeutic for the woman who has only let slip little shards of insight into her life — she owns an ax, she studied ballet before being kicked out of school for “beating the crap out of ballerinas,” her idea of a perfect date is “cheap dinner, watch basketball, bone down” — to share this part of herself, she wanted them to return to not talking about this ever again. (Request denied by Charles.)

Coming out is different for everybody. And sometimes, it happens naturally and kind of organically and sometimes, it’s a f-king battle. The images that we’ve been fed, culturally, as a society, about coming out have a tendency to be a lot of extremes, and I think those extremes are real. But I also think that there’s a middle ground that a lot of people I know live in, which is some of their family members were cool with it and didn’t blink an eye, and some of their family don’t even want to discuss it with them again.”

Beatriz said because her character is already an established part of the show, the writers won’t be able to fall back on other tropes that befall bisexual characters, such as being “hypersexualized and sometimes duplicitous.”

We’ve watched [Rosa] open up to her co-workers, get a little bit closer to them, let them in on more stuff that’s happening with her … she’s literally let them into her apartment, you know? So, she’s grown a lot. And I think it was just time for her. There’s all this growth happening around her, and Rosa is seeing that growth happen in her coworkers and internally realizing that she, too, wants toward something that’s really strong and specific in a relationship.”

Rosa’s coming out attracted plenty of fanfare on Twitter. Viewers were overjoyed that a character they loved so much — and a woman of color, no less — was a part of the LGBTQIA community. Beatriz, who is “hugely flattered” by all the positive attention, says she’s proud of how the show chose to tell Rosa’s story, and the boundaries it breaks when it comes to representation.

It’s incredible to be a part of a show in which I get to play a character who is out and bisexual because growing up, I didn’t have that sort of representation. I certainly didn’t have it in a woman of color, much less a Latina, so I myself am thrilled to be a little blip on the LGBTQ radar for people to have a touchstone on a show that they enjoy.” 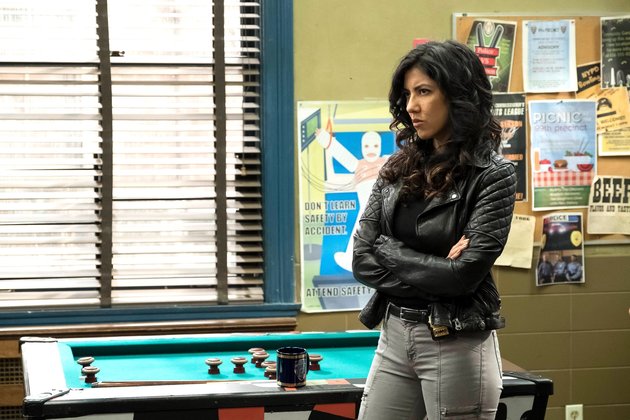 Most of the television — almost all of the television that we’re used to watching — is all one color. There’s nothing wrong necessarily with a show being all one color, but we need more kinds of people on television and film because there are more kinds of people in the world, and when you set a standard of this is what’s normal… someone who doesn’t have these attributes is watching TV going, ‘I don’t really know where I fit in.’”