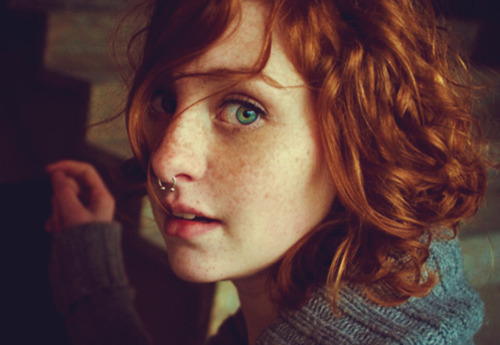 Ladies, let’s face it: Not all of us are flirty. In fact, some of us are so bad at it that it would be funny, if it weren’t for the fact that it means we’re forever alone. Is there anything you can do to fix it? Well – maybe!

There’s a chance that you’re just not using the right flirting style for your sign!

Not everyone flirts exactly the same way. This can get complicated if we put too much pressure on ourselves – we might end up thinking that the only “right” way to flirt is the way that “everyone else does it”. But that’s not necessarily the case – lucky you!

So, how should you be flirting? Check our handy little guide to find out!

Aries women work best when they’re flirting directly. They enjoy a challenge, and they shouldn’t be afraid to approach a new flirtationship in a sexy, competitive way. These women don’t mind pursuing a woman who meets their expectations, but they won’t (and shouldn’t!) chase forever. When an Aries woman flirts with another Aries, the sexual tension may flow freely – but that isn’t usually enough to nurture a long-term relationship. Some women may find Aries’ approach brash and aggressive – which may be a good thing (such as with other Aries women) or it could be a bad thing (such as with Taurus, Cancer, and Scorpio women).

Taurus women prefer their flirting sweet, but physically affectionate. Something like fingers brushed across an arm can have a powerfully magnetic effect – which plays well into Taurus’ overall magnetic charm. These women are patient and charismatic with their partners. This combination comes in handy when there is a perceived rival, competing for their boo’s attention. They can quickly rise up and take control of the situation, and then drift back toward subtle, sweet signs of affection, just in time to sweep their intended partner off her feet.

Gemini women don’t mess around when it comes to flirting. They have no time for subtlety, so they’d rather their flirting be right out in the open. More than just that, they tend to value an intelligent conversation – so much so that they may put off their need for physical attention until a new partner has demonstrated the ability to challenge their mind, as well. One of their preferred techniques is their smooth talking – if they can surround you with witty, sensual energy (and have it returned!), things will remain charged and the flirtationship will stay strong.

Cancer women work best when their flirting is direct and complimentary. They often come across as shy, but the truth is they’re just trying to make sure they’re not wasting their time. They would rather share a casual conversation and a smile than get into anything too deep right away. They love asking questions and cracking jokes, which is usually a good thing, although some signs are annoyed by this. They’d rather keep their romance for long-term partners, though – none of that “instant wife status” here!

Leo women tend to wear their heart on their sleeve, and will greatly prefer a long-term relationship over a casual encounter or flirtationship. They are entertaining and talkative, which helps them blend in with any crowd – but they’d rather be someone’s one-and-only. They don’t usually have troubles finding a partner, since they are alluring and tend to attract a lot of attention (which they definitely enjoy!). However, they shy away from the idea of casual arrangements – if you aren’t looking for something real, don’t bother chasing a Leo!

Virgos are one of the most mysterious signs. They tend to be reserved with their flirting, and would rather communicate through body language than talking most of the time. That’s not to say they won’t open up to the right person – but they don’t open up to just anyone. The partner they choose will be intelligent, sensual, and willing to work for it. Even though Virgo women don’t mind the work necessary to keep a romantic relationship afloat, they’re not likely to patiently wait for their boo to make up her mind. She also isn’t likely to invite someone into her bed unless there’s an emotional connection, so make sure you woo her before you try to climb in her pants!

Libra women avoid mixed signals if possible – whether they’re giving or receiving the attention. They would prefer their prospects flirt directly with them, and treat them right. Some Libra women prefer to wait for the other person to make a move, while others will gladly step up to the plate and ask their love interest out. They’re usually decidedly looking either for a casual relationship or something serious – never both.

Scorpio women like their flirting cunning and powerful. They enjoy the chase, and will often do whatever it takes to make sure their prospect takes the bait. It’s a game to itself for the tricky Scorpio. Their romance is fiery and intense, but can be a bit rocky if the Scorpio isn’t strategic in her moves. With proper care and planning, they can captivate their new interest without any words or noticeable body language – truly, they are the masters of flirting.

Sagittarius women are carefree and somewhat impulsive with their flirting. They tend to be playful and philosophical, which attracts partners of similar personalities. They are irresistible, and they live for adventure and excitement. They are direct with their flirting, almost to a fault, and they have a tendency to stay emotionally detached, despite making others fall in love with them with minimal effort.

Capricorn women are calm and direct with their flirting. They would greatly prefer honesty and intellect over any shallow criteria. They don’t like to waste their time with people who don’t know what they want, and they’re likely to move on quickly if they think the person can’t make up their mind. They tend to attract the wrong people sometimes, and they care just as much about home and social life as they do about deeper subjects such as accomplishments and life goals.

Aquarius women are charismatic and unique, which shows through extra when they’re flirting. Their flirtationships often rely on body language and mental stimulation to help them decide who to pursue. Despite being unique, they are not socially awkward, which means they can blend into most situations and absorb the energy around them. They are trustworthy and passionate, and they tend to not sugarcoat things.

Pisces women are sensitive and magical when they flirt. These qualities make them powerful and mysterious, although they tend to be shy at first. Once they decide to trust and open up to a person, they are insightful and nurturing, and they draw people in with their intelligence. They are generally able to read a person’s intent after only a short time, and quickly decide whether they will open up or not. They tend to be imaginative and intuitive, which is either a great turn-on or a huge turn-off, depending on the sign of the prospect.