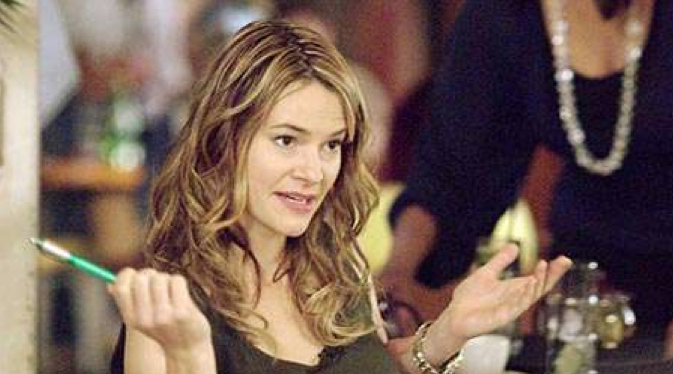 The universal truth about dating is this: People want what they think they can’t have.

I’m not saying this is good. I’m simply saying we all like the chase, and we all enjoy being kept on our toes a bit.

Dating is a game, and I think sarcastic people have a natural edge over the competition.

Well-crafted sarcasm is attractive, because it demonstrates intelligence, a sense of humour, emotional IQ, confidence, style and an edge of sassy flirtation.

You can’t help but gravitate toward the hilarious woman who can hold her own, make people laugh and win over the hearts of the crowd, which very well might be your friends.

BUT, be warned sarcastic people can be a nightmare to date (yes, I admit it).

Here are a few things you should know about dating a sarcastic woman:

1. They’re always messing with you

Don’t take it too seriously. They’re playful, like cats with laser pointers. You’re the cat and they’re the laser pointer. Just take the joke and throw it back, okay?

2. Mean comments are displays of affection

There’s nothing more intimate or affectionate than me calling you an asshole and kissing you afterwards, trust me.

That time you tripped, spilt your drink… shut your finger in the door. They like to keep their joke bank fresssssh, so don’t think that anything goes unnoticed or is off limits.

4. They come off cocky, but it’s a front

6. They ARE laughing at you, but that’s because they like you

7. They have soft, gooey centres under the hard exteriors

They’re only this sarcastic because they have many layers of depth and feelings. For every mean thing they joke about, they have five more nice things to say about you.

8. If they ignore you in a big group, it means they like you, yes you, the one their not talking to

They’ll never be the ball and chain, and the more they ignore you, the more they can make eyes at you and mouth “I hate you,” which is basically a sign of head-over-heels, stupid crazy affection.

10. They will say something really mean and immediately wish they didn’t say it

It’s almost like sarcasm is this involuntary reaction and they. Can’t. Stop. Being. Sarcastic.

11. They will occasionally say something incredibly sincere, but you won’t notice because you’ll think they’re being sarcastic

12. They actually have a lot of feelings

They truly, honestly do not know how to give you the signal that they like you or that they care about you. They are hoping you will see through their sarcasm and see they’re basically dying for you to notice them.

So when they get serious, you need to pay attention. (Or like cherish it or whatever).

Sarcastic girls are really the sweetest girls. Just shut up about it, okay?