What To Consider Before Giving That Long-Distance Relationship A Chance 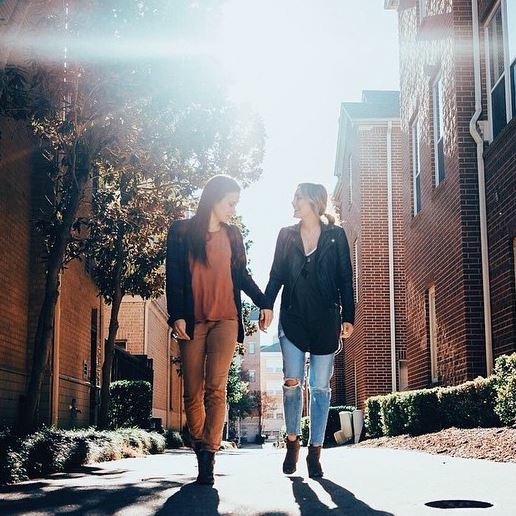 Long distance relationships are crazy things. Some people completely thrive in them, while other people can’t really deal with being so far away all the time.

I happen to fall somewhere in between – my best relationships have been ones where we spent a good deal of time traveling separately, but always came back together in the end.

Truthfully, there aren’t too many differences between what I like to call a “geographically-open relationship”, like mine, and the long-distance relationship you’re thinking about right now.

In both cases, the couple spends a great deal of time apart, and then comes back together to catch up on everything.

But where I only have to sleep alone for a few non-consecutive months a year, a longer-term long-distance relationship is going to mean a lot of alone time. Do you think you’re ready for that type of commitment?

You both really have to want it.

If you’re not both completely on board with the idea of being separated, you’re both going to end up being miserable. Long-distance relationships are often wrought with insecurities, dishonesty, a lack of trust, and inadequate communication. The effort involved is significantly greater than a relationship where you see each other every day, and you’re pretty much guaranteed to have sex a lot less often.

When I was a teenager, I wondered how “phone sex operator” was actually a job. Then, once I was in my first long-distance relationship, I realized: Phone sex can be super creepy, especially if either one of you lives with other people. Sexting isn’t quite as awkward (at least not for me), but it’s pretty hard to use a touch screen while you’re touching yourself… So it’s still not exactly ideal.

You learn to get comfortable with period sex real quick.

When you haven’t seen your partner in a few months, and the only time you two can reconnect is right in the middle of your worst days, you learn to adjust. Even if you’d never given period sex a thought before, it’s most likely going to come up at one point or another.

Falling asleep on the phone is probably not good for you.

I can’t even estimate the number of times I’ve fallen asleep on the phone with my long-distance love, just to wake up a few hours later with indentations from my screen in the side of my face. Thinking of how cell phone radiation already messes with your inner organs, and estimating that the phone couldn’t have been more than a hand’s width away from my brain at any point in time… I pretty much only ever talk with speakerphone anymore. You know. Just to be safe.

The time you finally get to spend together will be magical.

The great thing about spending time apart (and why I love my geographically-open relationship) is that you really learn to miss someone while they’re gone. You get to spend time focusing on yourself, without being selfish, and your partner gets to do the same. Then, you meet back up, and you make up for lost time all at once. It’s truly something special, and something everyone should feel at least occasionally.

Not every relationship can make it.

As much love, trust, honesty, and respect that a closer relationship needs, a long-distance relationship needs at least double. You’ll be trusting your partner to do what she says she’s going to do, without having the slightest idea if she’s keeping up on her end of things. You’ll have to trust what she says, and you’ll have to respect her wishes, too, even if you go months or years without seeing each other. It’s hard, but the relationships that can survive it are often the strongest after they reunite.

It shouldn’t be black-and-white.

If you and your partner fight all the time when you’re apart, but get along perfectly fine when you’re together, there might be a problem. Often, insecurities and a lack of communication will destroy long-term relationships, and the couple may try to over-compensate when they get back together. For the sake of your relationship, you’ll need to find a way to get all your insecurities in check and relinquish the right to micro-manage your partner. If you have to know exactly what she’s doing at all times, a long-distance relationship is not for you.

It doesn’t have to be this way forever.

PrevPrevious7 Reasons Saying “Sorry” Isn’t Always A Good Thing
NextHow To Have A Healthy Relationship, According To ScienceNext