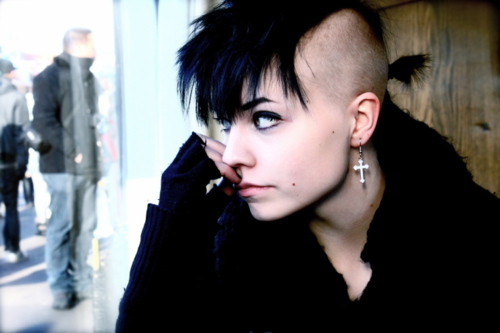 Okey so I was in a relationship with another woman for sometime, n then things got rocky and we split for a short time, now during that time of the split i met someone else and we began to develop feelings… now this is where the drama sets in. So what happened was my ex got back in the picture and we kinda decided to give it one last try. So we did even thou I knew at the time I had developed feelings for another.

When she found out i got back with her, she was angry and really disappointed. Even right she texts me now and then but its not the same. The thing is I really have strong feelings for her, I have left my partner but she doesn’t know yet. How do I go about apologising and try to sort of make up for the disappointment I have brought?

Hi there, Reader! This can be a difficult situation to be in. I was actually in a mess like this at the beginning of my relationship with my current girlfriend. You see, I had been “seeing” someone for quite a while, but it was nothing official. I thought she was perfect for me – but she kept blowing me off.

We decided to take some time apart, and I met someone else. Honestly I didn’t really give her the time of day, because part of me was just trying to make the other girl jealous with this new “friend”. The thing was, it was working – and the other girl decided to give me a shot after all!

In one of the worst ways possible, I ended up blowing the new girl off. She had been wonderful, exactly what I wanted in a girlfriend, even though she wasn’t my girlfriend… But I took the other girl back anyway. Turns out, the other girl hadn’t changed at all – she was just jealous of the new girl and pretended she’d do better.

Once things collapsed a final time, I couldn’t believe what an ass I’d been to the new girl! Here she was, everything I wished the other girl would be, and I still picked the other girl over me. Stupid, right? Anyway, we went our separate ways, and I had to figure out how to woo the first girl back.

Like you, I hadn’t stopped talking to either of them the entire time, I just altered what I shared with them. I realized I had made a stupid mistake and sent the first girl packing. In my situation, the new girl was already right there waiting for me – she had told me for a while already that she was perfect for me and she’d be waiting when I gave up on the other girl. (I thought she was being cocky, but she really was right.)

In your situation, it’s possible that it could be the same – if she’s still talking to you, she obviously wants you to be in her life, in some facet. But you’ll have to prove to her that your eyes are opened and you’re free from the spell of your ex. It won’t be easy, but it can usually be done.

Once you do win her over, you’ll probably have to prove yourself for a while, although it should be because you want to and not because she’s forcing you to. You’ll want her to know that you’re not indecisive, you’re not confused anymore, you want to be with her. One of the easiest ways to do this is to be open and honest with her.

Personally, I made a big to-do about taking the password off my phone. Hey, it’s sort of a dumb step (and my partner admitted to me that I was a bit silly about the whole thing) but that’s what it took for me to convince myself that I could be trusted not to go backwards.

I’m not saying that a phone password is necessarily the answer for you – you’ll have to figure out that variable on your own. The point is, you should do something simple to show that you’ve made the necessary changes within yourself to be hers and not your ex’s. Don’t try to open too many doors at once, or it’ll just come across as awkward.

Of course, it’s also possible that you won’t win her over, and if that happens, you’ll have to respect it. Just because we want a second chance doesn’t mean we will get one. I was very fortunate that my girlfriend had it figured out long before I did and that she hadn’t given up on me in the time it took me to realize things. But in my opinion, if you can’t win her over, that means she’s not the one!

Best of luck to you, Reader, and I hope to hear back about how it goes!