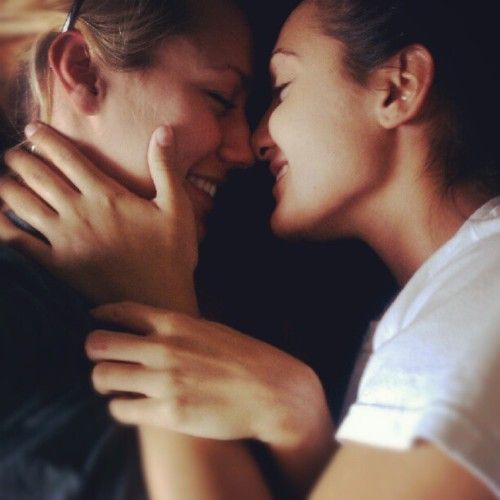 I’m one of those romantic types who really has to force myself to not “move on” too quickly. I don’t really give up on the relationship until it’s hopeless anyway, so I rationalize that I’m already over my partner by the time we break up. Inwardly, I know that’s not true, though. I know I need time to heal and grow before I can really be right in my next relationship.

But I date around a little anyway – not expecting too much, just sort of taking my time with things. And sometimes I get hurt.

See, I’m a nurturer by nature. I was raised to take care of someone – cooking for the family, watching my nieces and nephews, and even taking on babysitting and tutoring jobs before I hit middle school. So when I’m single, I don’t know what to do with myself.

I know it’s something I need to work on (you know, if the relationship I’m in now doesn’t last). I know it doesn’t make me a great partner to bounce around. Especially when I call myself independent!

The truth is, you need to have a balance. Single-dom is the combination of freedom and alone-ness. Not always the same as loneliness, but sometimes it can be. In my case, I love the freedom of being single – but I don’t like not having someone to take care of.

Being in a relationship is a combination, too. It’s comprised of so many separate factors, I’m not even going to list them all here. But you know the basics: trust, communication, attraction, etc. When you’re in a relationship, your brain pulls joy from so many of these things – it’s easy to get drawn back in!

But sometimes, there are negatives associated with being in a relationship. You don’t really have your freedom anymore (so some people cling hard to it when they enter a new romance). You don’t really have that trust yet, so you don’t communicate effectively. You might be attracted to your partner and respect her as a person, but it can’t really be “love”.

Trust me, I’m the last person to say you need to love everyone you’re with. Out of all my exes, I maybe loved ¼ of them. I never lied about it, but I might not have been so quick to say I didn’t have feelings for them. I don’t lie, but I do leave stuff out sometimes.

Believe it or not, looking for a relationship pretty much guarantees that you’re not ready for a relationship. The way you approach your next relationship tells a lot about how it’s going to go. Your behavior indicates your readiness – and this is coming from a huge romance expert, Dr. Seth Meyers.

In pretty much any relationship I’ve ever had that actually “went somewhere”, I wasn’t looking for someone. They just sort of found me and we went with it. If you like going out, go out! – but don’t make it a trip about finding a partner, or you won’t have the right luck.

There’s nothing wrong with going out. As long as you’re paying attention to your responsibilities first, you can party and still be a responsible person. But if you’re looking to form a meaningful relationship with this person, it’s best if you don’t get involved in that kind of a situation.

If you meet a girl at a bar or club and you think she’s (maybe) perfect, ask her on a date at a different setting. Don’t try to get to know each other when there’s liquor and hormones involved in the mix, because it’s not likely to grow up from that point. I’m not saying it never happens, but the odds are not in your favor.

Also make sure to leave a balance and meet people in other environments, too. If you like reading, introduce yourself to someone at the book store! If you like movies, swap numbers with a girl at the cinema. The options are truly limitless, and while it can be difficult to tell if a woman’s interested in other women if you’re not in the safety of a “gay place”, keep in mind that friendships are vital to your happiness, too. Even if she’s not the love of your life, she could be your best friend – and that love is strong, too!

2.    Do reflect on your past before seeking a future.

If you haven’t processed what happened in your last relationship, your mind isn’t going to let you process things from your new relationship – so you’re more likely to jump ship at the first sign of a problem. I think it’s important not to settle, but refusing to try isn’t healthy, either.

A lot of people don’t like to reflect on their past, because they see it as something negative. It’s easy to understand why, but it doesn’t have to be true. You can use the negative experiences from your past to shape a positive “answer”, and the positive experiences don’t have to mean that you want to get back with your ex.

I’m a big believer in the “no regrets” ideology. After all, there’s not really a point to wishing you could undo something, right? But what many people leave out of this is the fact that you can change your future. There is a good “regret” that helps you be a better person from here on out. While it won’t fix the things from the past, it can help keep you from making the same mistakes again.

This has to be a conscious thought process. It takes time to evaluate the entire relationship. Some even say three times the length of time you were in the relationship, but I don’t think you can really put an exact value on it. Everyone is different, every relationship is different, and every situation is different. (Unless, of course, your relationship was a whole bunch of the same thing – be honest with yourself!)

Drama is all around us. Maybe since we’re lesbians, we see a bit more drama – or is that just a Hollywood thing? Either way, relationships go hand-in-hand with drama, but love doesn’t.

If you’re still involved with some drama from your past (or looking for drama in your ex’s present), you’re not ready to settle down and love. You can make whatever excuses you think you need to, but drama is drama, and it has no place in a loving, adult relationship. (I know a few people who are many years my senior who haven’t grasped this yet.)

More than just that, mature adults don’t want to participate in drama – and they don’t want to be involved with anyone who does. If your friends all gossip, you’re a gossiper by association. (Hey, second-hand maybe, but still.) It makes sense that a mature woman looking for love wouldn’t want to be associated with these people because her partner won’t trust that what she says stays in confidence. Right?

Sometimes the drama-tornado goes out of control and you get sucked up in something you never meant to be in. What matters then is how you handle it. Those who are consistently involved in drama are either creating it or inviting it – or, at the very least, allowing it. If you want to say goodbye to the drama, do it! Just make sure your actions match up with your claims.

PrevPreviousShould I Tell Her I’m Gay and That I Like Her?
Next13 Ignorant Things Lesbians Are Tired of HearingNext