How Do You Make Lesbian Friends Without All The Dating Scene Drama? 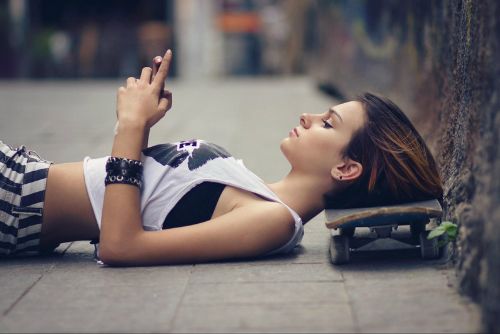 Q: How Do You Make Lesbian Friends Without All The Dating Scene Drama?

I’m just wondering, for people under 18, how do you find friends that also like girls? I find that a lot of apps (HER, tinder, okcupid) and tumblr blogs (girlslookingforgirls, girlswholikegirls) are very focused on the dating scene/more for older people. Most of my close friends are straight and I’m not in college yet so I’m a bit lonely. How would you recommend finding friends?

It can be so frustrating trying to make friends these days, even without the added pressure of being a lesbian. Truthfully, people under 18 are desperately underserved because they’re not old enough for dating sites (which, my experience has led to mostly a collection of friends from those places – even though they’re targeted for romance), and when we do meet friends they’re often far away. (Yep, this one’s true for the over-18 crowd, too.)

When I was a teenager, there was a site specifically dedicated to this subgroup – the gay teen. Sadly it has disappeared, but I probably never would have found the courage to come out if it wasn’t for a few friends I met on that site. With many gay teens considering suicide (the initial reason behind the site in question) it makes sense that they should have their own safe place.

Even though the site I used to love doesn’t exist anymore, there’s a wealth of resources for gay/lesbian teens to meet new friends – but you’re not looking in the right places. Well, for the most part.

I find that Tumblr is a great place to meet other lesbians. Yes, many of the friend-sharing Tumblr blogs are dedicated to more of the dating scene, but there’s a wealth of other blogs out there that aren’t like that – you just have to know what you’re looking for.

Lesbians of Europe is a good one for those who are in Europe and looking for friends. It’s not specifically for teens, but most of the posts are from those in the 25-and-under crowd. Arielle is Hamming isn’t specifically for making friends, but she offers wonderful advice, especially to “newbie” lesbians – and she’s super funny, too. Same goes for Marissa. You might have to sift through a lot of porn and dating blogs, but you can find good lesbian friends on Tumblr too – I’m following about 200 (most of which are mutuals) but it would take me far too long to put the links for every single one.

Next, have you considered Facebook groups? There are many LGBT+ themed Facebook groups and pages out there, and many of them invite their followers to comment on their posts. (Even if they don’t specifically ask for it, who complains about comments?) I’ve made a few new friends this way, and at the very least you’ll get to talk to some new people – even if they don’t make their way onto your friends list. A quick search for “LGBT Teens” shows a few results right off the bat, and there are other pages and groups that aren’t specifically targeted to teens, but can have some great chats too. (I don’t think age should matter in your friendships – most of my friends are twice my age, some are much younger than me, and very few are actually within a few years of me).

KitschMix is a great place to get to know people, too! While a lot of the stuff we do involves the dating scene, there are definitely many places to interact that have absolutely nothing to do with romance and sex. I’ve made a few friends from the comments section here – and definitely seen some comments (and posts) from some people I’d like to be friends with. If you follow us on KitschMix, there are often conversations to get involved in there – just jump into the comments section and start talking to some people!

These three places are great, specifically, because they don’t require you to step out of your comfort zone. You’re protected by the semi-anonymity of the internet, which simultaneously opens you up to a world of opportunities. They’re not the only ways to get involved with other gay youth, but they’re definitely the most common.

My next little hint does require that you step outside your comfort zone, but the rewards will be finding lesbian friends who live close enough to you that you’ll actually be able to see them sometimes. Try checking to see if there are any Pride/LGBT groups in your local area (sometimes Google can help with this). If you have a college or university near you, they’ll usually have a GSA (gay-straight alliance), and contrary to what you might think – you don’t usually have to be a student at that school to attend their events, especially since some of them will be off-campus.

The GSA I was involved with when I was in college had a “headquarters” on campus and another “headquarters” downtown – which made me feel more comfortable because I wasn’t tied into the idea of going to campus after I was no longer a student. It might not be available in your area, as they are all independently run, but if you do have one, I am still friends with most of the people I met from the Pride club – and I stopped going to college in 2013!

Naturally, more options will open up to you once you are of legal age, including bars and clubs and all of that, but you are not limited to just your straight friends while you’re waiting to turn 18, I promise you!

Take care of yourself, and please don’t hesitate to let me know how my tips helped you (or even if they didn’t!)

6 thoughts on “How Do You Make Lesbian Friends Without All The Dating Scene Drama?”