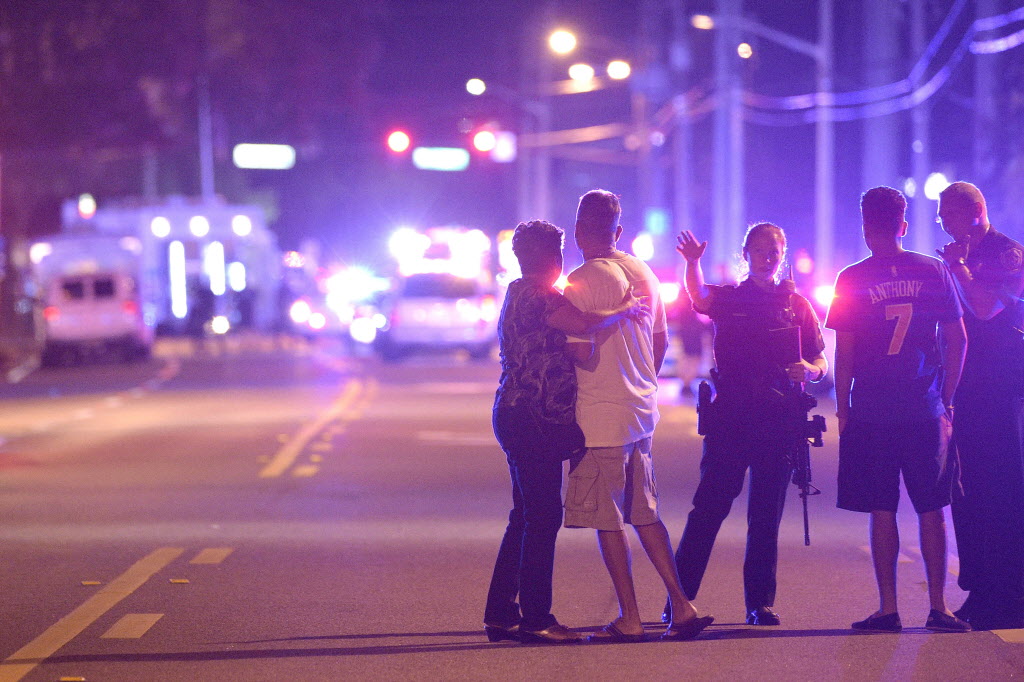 Police have confirmed that 50 people have been killed and some 53 injured in a shooting at a gay nightclub in Orlando, Florida.

Orlando Police at the scene in Pulse nightclub have confirmed the shooter is now dead. The attacker reportedly entered the nightclub at around 2am on Saturday night and began “non-stop firing”. There were more than 100 people in the venue at the time.

Police have called it an act of terrorism, but said they did not yet know if it was domestic or international.

. @orlandomayor Our community is strong. We will need to help each other's get through this. pic.twitter.com/XyUa8g5PT8

Relatives have been gathering at local hospitals desperate for news.

Many had received calls and texts from loved ones inside the club as the siege began, and some have heard nothing since.

I fell down. I crawled out. People were trying to escape out the back. I just know that when I hit the ground, I was crawling and I hit my elbows and my knees. When I got across the street, there were people with blood everywhere.”

Orlando recently wrapped up its annual weeklong Gay Days festival on June 6 in which up to 150,000 in the LGBT community attend area theme parks, gay nightclubs and special events. It was the 25th anniversary of Gay Days. It is one of the largest gay pride events in the world.

The gunman’s motive was not clear but police said it was not connected to the murder of Christina Grimmie, a singer on the TV show “The Voice” who was shot dead when she was signing autographs after a concert in Orlando on Friday night.

Updates about the Pulse nightclub shooting are being added to the Associated Press website on the link below.