While representation of wlw (women who love women) on TV isn’t perfect (TV shows keep killing lesbians off, for example), there are plenty of mainstream television shows that not only feature f/f couples but let them kiss each other too.

But it wasn’t always that way. In fact, it wasn’t until the 1990s until two women locked lips on American television.

Officially, it was a 1990 episode of 21 Jump Street which saw two women kiss, but the camera cut off their actual lips, thus not really showing the kiss at all.

As a result, the ‘first lesbian kiss’ title goes to a 1991 episode of legal drama L.A Law, in which bisexual lawyer C.J briefly kisses her female colleague Abby Perkins on the lips. 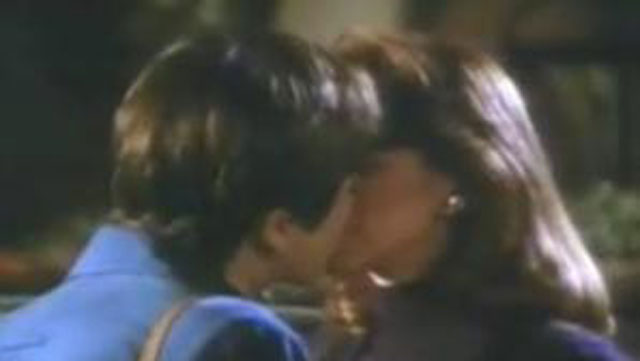 A romance between the two women never really happened as Abby left the show and C.J eventually got a boyfriend (though her ex girlfriend did show up briefly) before being written off of the show altogether.

Sadly, when the kiss happened, L.A Law did face some backlash.

As Unicorn Booty notes, five advertisers pulled advertising from the show and the network that aired the drama, NBC, was unable to replace them until it offered those ad spots at reduced rates.

Meanwhile, the American Family Association (a non-profit that opposes same-sex marriage, abortions and the ‘homosexual agenda’) tried to organise a boycott.

This boycott ultimately failed, as although NBC saw hundreds of calls come in about the episode, most of them were in support of the show.

Michele Greene, who played Abby Perkins, previously admitted that the kiss was just a ratings ploy, and thus L.A Law led the way for the ‘sweeps week lesbian kiss’.

Sweeps week is when TV shows try and get higher ratings in an effort to up their advertising rates and the sweeps week lesbian kiss (in which two women kiss to draw in ratings) has since become a trend.

Plenty of shows, from The O.C and Ally McBeal to Desperate Housewives, Heroes and Friends all pulled the sweeps week lesbian kiss stunt, with these kisses very often forgotten about or one of the characters involved leaving the show not long after.

This isn’t the prime representation we’re looking for, of course, but the support of some of these sweeps week kisses and the fatigue with the trope (viewers demanded real f/f relationships not tropey one-time occurences) has in turn led to proper representation that matters.