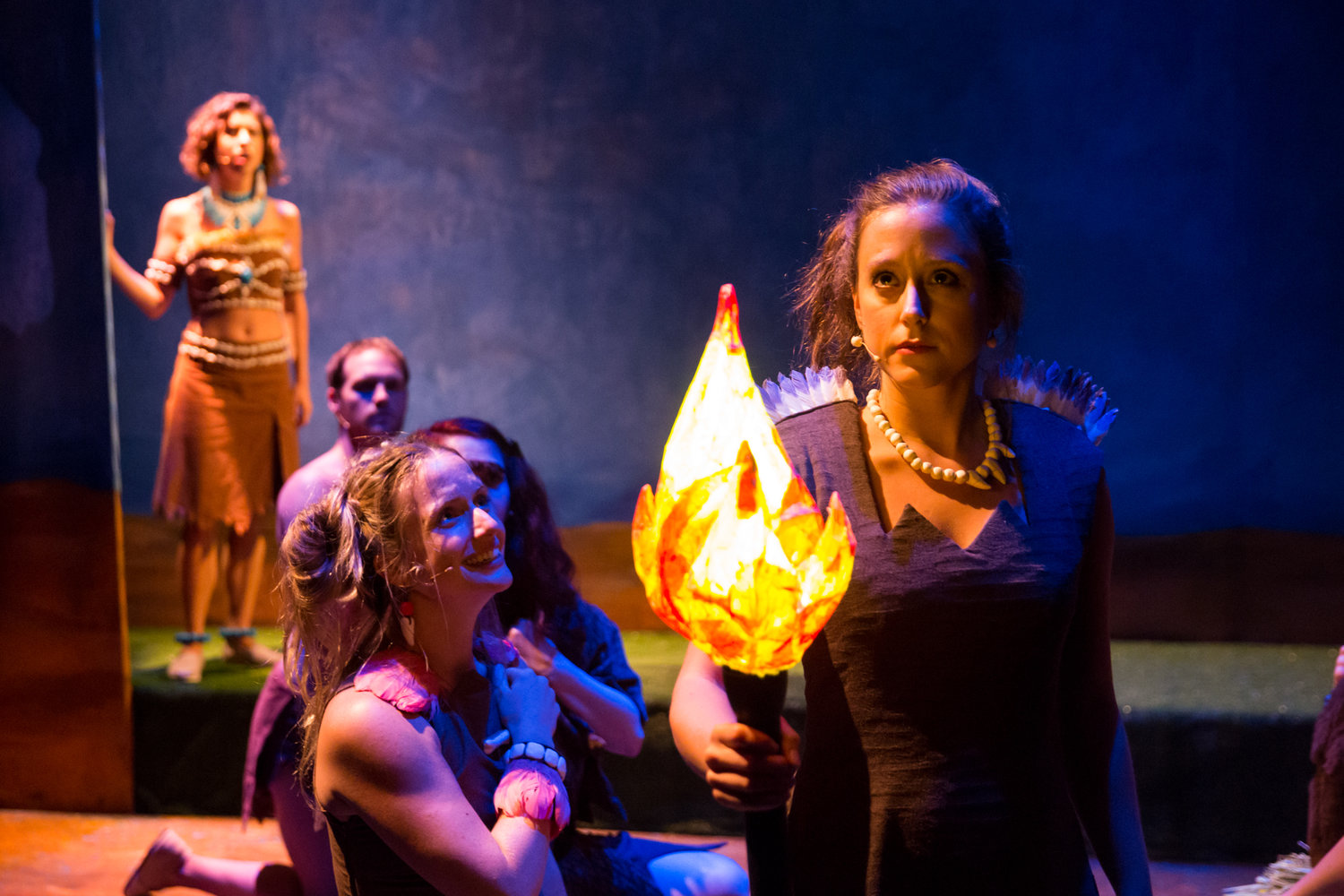 If you are here, you probably fall into one of two camps.

1) You hate musicals, but you love beautiful, funny lesbians who dance around in skimpy Flinstones outfits

2) You’ve seen every gay musical in existence, including the cringe-worthy underground ones, and you’re hungry for more.

From the makers of A Very Potter Musical comes Firebringer, a side-splitting musical that you can watch for free on YouTube right now.

The musical follows a feminist clan of cavemen who discover fire and destroy their friendship in the process.

Musicals can focus on literally anything. Whether you want to watch a European Afro-jazz musical (Passing Strange), a German musical about the rise of Obama (Hope! Das Obama Musical), a Greenday concert gone awry (American Idiot) or even Shrek (Shrek), you can find it.

So what makes this zany show so darn queer? (No spoilers.)

Top 5 Queer Moments in One of the Queerest Musicals Ever 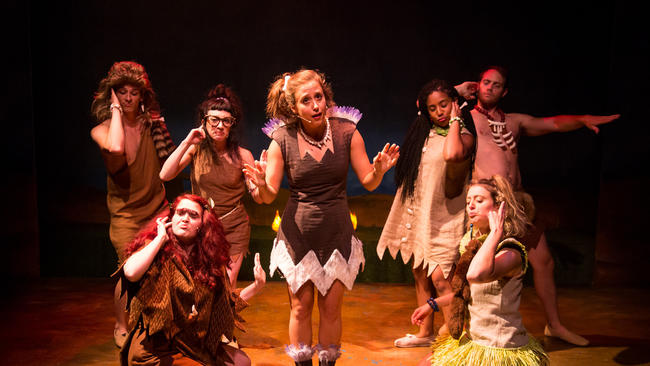 5. Troublemaker Zazzalil and her queer partner-in-crime Keeri share a quick peck on the lips in the middle of a scene for no reason at all, and never address it.

4. Tiblyn, a girl who’s been holding up the sky for 27 years, has a longtime crush on genderqueer character Chorn.

3. Jemilla, the female leader of the clan, gestures to the entire audience and says, “These are my husbands and wives!” This is right after she made one of her onstage husbands cook dinner and tend to the kids.

2. In an attempt to woo Jemilla back, Zazzalil offers herself as a wife. Dancing seductively, Zazzalil whispers, “All this could be yours.”

1. In addition to marrying the entire audience as well as stand-up caveman comedian named Schwoopsie, she also marries a beautiful homemaker named Claire. They make out on stage. A lot.

If that’s not enough for you, then keep in mind that every single member of the cast, from the chief nut-gatherer to the grandmother, is very, very attractive. You won’t be able to decide which character to have a crush on. (Tibyln, when you’re done with Chorn, call me.)

Even if you’re not a musical fan, watch Firebringer, if only for its queer feminist themes, hilarious dialogue and catchy R&B numbers. Or the skimpy Flinstones costumes. Whatever works.

PrevPrevious‘Black Sails’ Is the Queerest, Most Progressive Show On TV (Also, Pirates)
Next17 Queer Spoken Word Artists That Will Leave You SpeechlessNext