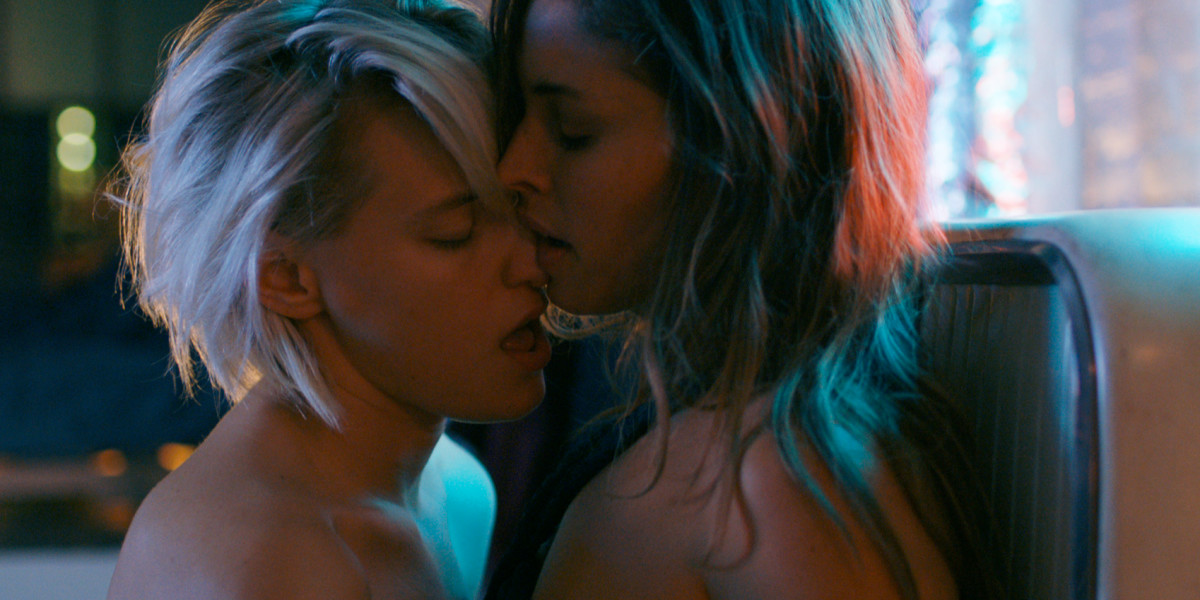 April Mullen’s latest film Below Her Mouth is the steamy story of two women who suddenly and passionately fall in love.

Written by Stephanie Fabrizi, the drama stars Canadian actress Natalie Krill as Jasmine and Swedish heartthrob Erika Linder as Dallas in the story of two Toronto women caught up in a passionate love affair that changes both their lives.

The film is notable for featuring not just a female writer, director and producer, but also an entirely female production crew.

We wanted to honestly express a women’s view of intimacy, honesty, lust, sex, love and what turns us on…what takes us to the point of no return no matter the gender. To keep as true as possible we included all key creatives, from sound, to design, to editing, to costume, to lighting, and music. On the floor, an all female crew would allow the actresses to feel supported, and allow themselves to forget everyone in the room and escape into each other.”

We think the world is ready for this love story.”

Well, we certainly are.